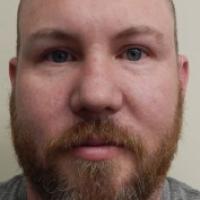 Impairment
In September 2011 he was serving with the US Army in Afghanistan when he stepped on an improvised explosive device [IED]. The blast resulted in both of his legs being amputated above the knee, several amputated fingers, impaired hand dexterity, tissue and muscle loss to both of his arms, a traumatic brain injury, and soft tissue wounds to his upper body which required skin grafts. (ninelinefoundation.org, 2016)
Other information
OCCUPATION
He works at CMP South Range, a shooting range in Anniston, AL, United States of America. (Facebook profile, 18 Nov 2018)

MILITARY CAREER
He joined the US Air Force in 2000 and served for five years as an explosive ordnance disposal technician. He transferred to the US Army and served in Iraq for 15 months between 2006 and 2008. He spent two years in Mannheim, Germany, performing humanitarian aide before being deployed to Afghanistan in March 2011. After sustaining serious injuries during the tour, he retired from the army in November 2013 with the rank of sergeant first class. (ninelinefoundation.org, 2016; Facebook profile, 18 Nov 2018)