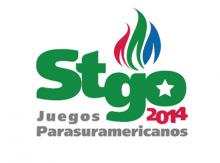 The first Para South American Games were held in Santiago, Chile, in March 2014, with 583 athletes from eight countries competing across six sports for five days.

The host nation had the largest delegation of athletes (103) and Chilean President Michelle Bachelet attended the Opening Ceremony, but it was Argentina who led the medal count with 49 golds and 112 medals overall.

The highlight for Argentina was defeating arch-rivals Brazil in the men´s wheelchair basketball gold-medal match, whilst Paralympic athletics champion Cristian Valenzuela starred for the host nation with titles in the 1,500m and 5,000m T11 races.