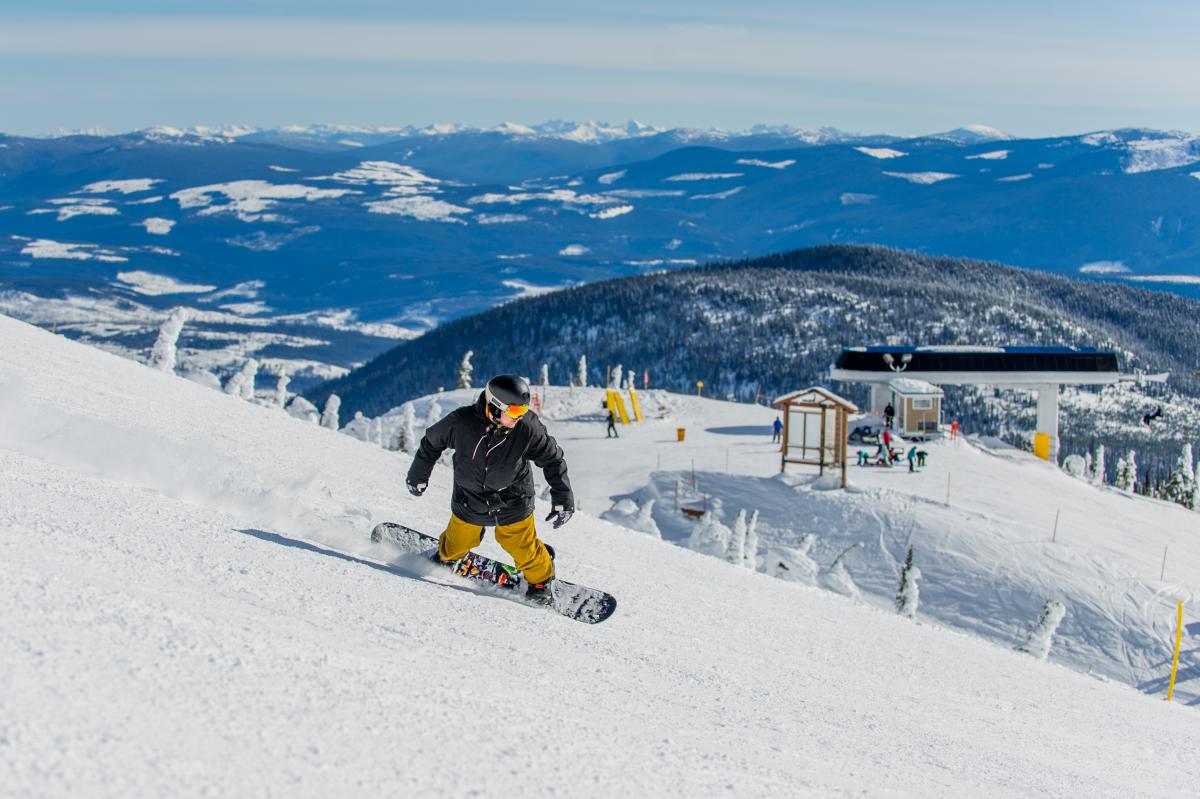 The 2017 World Para Snowboard Championships will be held in Big White, Canada, between 1-8 February

It will feature 80 of the world’s best snowboarders and will be the last major competition ahead of the PyeongChang 2018 Paralympic Winter Games.

Big White Ski Resort is located in interior British Columbia, 56km from the city of Kelowna. The mountain sees an average annual snowfall of 750cm (24.5ft) and is famous for the quality of the snow – light, fluffy and dry powder that’s known as “Okanagan Champagne Powder”.

Skiers and snowboarders can enjoy 15 lifts across the mountain which provide access to 118 runs, the longest of which is 7.2km long. 54 per cent of the terrain is intermediate, with 18 per cent beginner runs and 28 per cent expert. The lifts can transport 28,000 people per hour up the hill – meaning you will never be waiting in a long lift line!

Big White is also home to the TELUS terrain park, named one of the best terrain parks in North America in 2016 by USA Today. The park features a boardercross course that has seen many regional, national and World Cup events in the past, as well as features to suit beginner, intermediate and advanced riders.

Big White’s village is the largest ski-in, ski-out village in Canada and can host 17,000 guests on-mountain. Guests can snowboard right to their doorstep, or snowboard through the village and right up to one of the many restaurants, cafes and pubs around the mountain.

When not on the slopes, Big White has activities to suit everyone – including dog sledding, snow mobiling, ice climbing, tubing, ice skating, snow shoeing, horse-drawn sleigh rides, two spas and plenty of weekly events to suit everyone in the family.

Around 80 athletes from 20 countries travelled to La Molina, Spain, for the biggest gathering of riders since Para snowboard made its debut at the Sochi 2014 Paralympic Winter Games.

The competition saw the debut of snowboard-cross head-to-head, with 16-year-old Dutch rider Chris Vos headlining proceedings with the world title in the men’s SB-LL1.

Vos also won gold in the banked slalom, alongside teammate Bibian Mentel-Spee who also swept the women’s SB-LL2 in both disciplines.

Other stand-out performances included Finland’s Matti-Suur Hamari who triumphed over US Paralympic champion in the men’s snowboard-cross head-to-head SB-LL2.

Around 40 snowboarders from 10 countries gathered in Orcieres 1850, France, to battle it out for the title of Para snowboard cross world champion.

Canada's Tyler Mosher held the lead after the first day of competition followed by New Zealander Carl Murphy and American Evan Strong respectively. Day two proved to be successful for the American team with Strong posting the fastest runs of the day giving him the lead in the overall results and thus crowing him as world champion. Following closely behind Strong was Murphy and the USA's Mike Shea.

The Netherlands' Bibian Mentel-Spee left the women's competition behind her by posting the fastest times on both days. Following behind Mentel-Spee was American Amy Purdy and Italy's Sara Dorigatti from the upper-limb impairment classification.

At the competition in Cardrona, New Zealand, Carl Murphy and Canada's Ian Lockey both made the podium.

The first ever Para snowboard World Championships were held in Copper Mountain, USA.

The competition introduced faces who would go on to be the world's premier riders including Carl Murphy, Tyler Mosher and Bibian Mentel-Spee as well as a handful of rider from the United States.

In the competition, riders with upper limb impairments were included and Rob Nelson, a rider from the US with arm paralysis, finished the day with the fastest time and took home the title of adaptive snowboard world champion. His teammates Chris Brodbeck and Keith Deutsch took home the silver and bronze.

On the women’s side, Bibian Mentel-Spee was crowned adaptive world champion. The USA’s Nicole Roundy and Amy Purdy took home the silver and bronze.