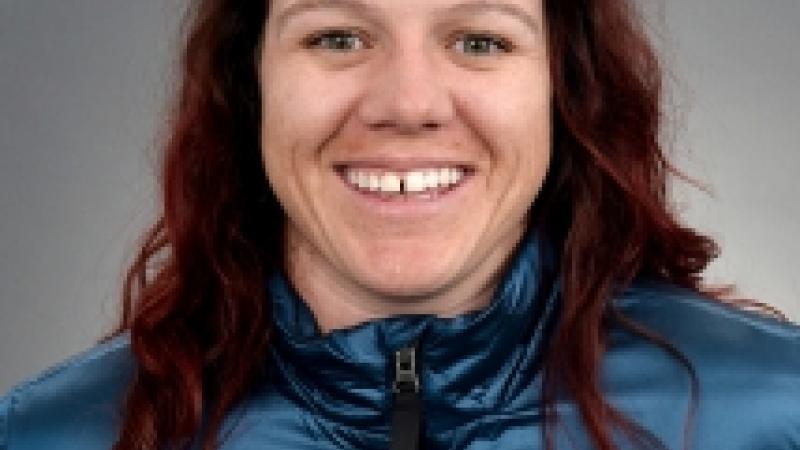 When and where did you begin this sport?
She began snowboarding at age 13. She took part in her first competitive Para snowboard race in December 2016 in Breckenridge, CO, United States of America.
Why this sport?
She grew up near the slopes of Durango, CO, United States of America, and was a regular skier and snowboarder. She was inspired to take up Para snowboard after watching the sport at the 2014 Paralympic Winter Games in Sochi. "At that point in my life, I just wanted to be active. I had been on crutches for years. I knew if I was able to amputate my leg, there was a possibility of me being active. I was ready to get my life back, and if that meant amputating my foot, for me that was a no-brainer. I'm the type of person who always pushes the limits. I was still pushing those limits and I fell back in love with it, just being on snow."

Nicknames
Ritta, Hurricane Ritta, Ritta Las Vegas (Team USA YouTube channel, 03 Jan 2019)
Hobbies
Wake surfing, hiking, mountain biking. (teamusa.org, 07 Mar 2018)
Most influential person in career
Her sister. (disabledsportsusa.org, 17 Dec 2017)
Impairment
In December 2003 she fell and broke her right ankle while snowboarding near Durango, CO, United States of America. She continued to have problems with the ankle, and in 2006 she required surgery to remove bone spurs. She underwent nine operations over the next five years until she decided to have her leg amputated below the knee in June 2011. (teamusa.org, 30 Nov 2017; daily-times.com, 01 Oct 2017)
Other information
BENEFITS OF SNOWBOARD
She describes herself as a rebel when she was younger, and quit sports such as soccer and softball because she did not like how organised they were. After starting snowboarding at age 13, she discovered that spending time on the slopes was an outlet for her and helped her feel free. "When I was hitting jumps, the only thing I was focusing on was snowboarding, and everything else around me and in my life was absent. Since I lost my foot from a snowboarding related accident, my family had a really hard time with my decision to amputate. They struggled with it, more so than I did. They couldn't really relate to why I would opt to lose my foot to be active. They weren't in the same mindset that I was." (disabledsportsusa.org, 17 Dec 2017)

OCCUPATION
She works as a nurse at Endoscopy Centre of Colorado Springs in the United States of America. (durangoherald.com, 28 Dec 2018; LinkedIn profile, 01 May 2018)

FURTHER EDUCATION
During the 2018/19 academic year, she took a bachelor's degree in nursing at Chamberlain University in Downers Grove, IL, United States of America. (LinkedIn profile, 01 May 2018)