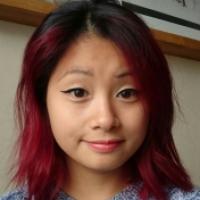 When and where did you begin this sport?
She began skiing as a child.

Sporting philosophy / motto
"Miracle is another word for hardwork." (Instagram profile, 02 Dec 2016)
Awards and honours
She was named the 2016 Para-Athlete of the Year in Jokkmokk, Sweden. (jokkmokk.se, 14 Nov 2016)
Impairment
Her right leg was amputated at age seven due to osteosarcoma [bone cancer]. (sverigesradio.se, 15 Sep 2016)
Other information
CHANGE OF TECHNIQUE
Initially she tried skiing with a prosthetic leg, but she was then advised to try skiing on one leg instead. "After the first try I decided to only ski with one leg in the future. It is a lot easier. I don't find it that much more difficult than skiing with two legs." (sverigesradio.se, 15 Sep 2016)