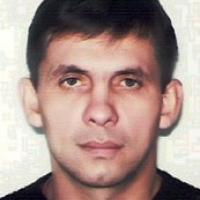 When and where did you begin this sport?
He began training in 2003 in Perm, Russia.
Why this sport?
Wheelchair instructor Vladimir Mekhanoshin invited him to try the sport, to which he replied, "Dance? Not for the world." Eventually he conceded, and watched a rehearsal, where he admits he was moved to tears and was inspired to try.

HISTORIC ACHIEVEMENT
He and his wife Elena Shilyaeva were the first world champions among duo couples to win both Latin and standard world titles separately. The 2008 World Championships was the first time the Latin and standard was split, and the couple won both programmes. (IPC, 01 Jan 2015)

SUSPENSION
At the IPC 2010 Wheelchair Dance Sport World Championships in Hanover, Germany, he was suspended for one year for an anti-doping rule violation relating to two banned substances. A hearing into the case revealed that the prohibited substances had been prescribed to him during a hospital stay in 2010. However he did not have a Therapeutic Use Exemption [TUE] to explain the adverse analytical finding, nor did he retrospectively apply to obtain a TUE. As a result, he and his dance partner were stripped of the gold and silver medal they won in Hanover and he was suspended until November 2011. (paralympic.org, 07 Feb 2011)

MILITARY SERVICE
In 1990 he joined the military, and served in Afghanistan and Chechnya. (dancingwheels.by, 01 May 2012)