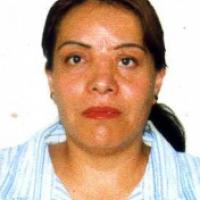 When and where did you begin this sport?
She took up Para dance sport in 2005.

Most influential person in career
Her family. (eluniversaledomex.mx, 02 Apr 2010)
Sporting philosophy / motto
"Life doesn't end in the wheelchair. You have to keep moving forward." (eluniversal.com.mx, 18 Apr 2010)
Other sports
She has competed in Para charreria, a Mexican equestrian activity at national level. (archivovozcharra.wordpress.com, 21 Jun 2016)
Impairment
She has paraplegia after being involved in a car accident in 1992. (eluniversal.com.mx, 18 Apr 2010)