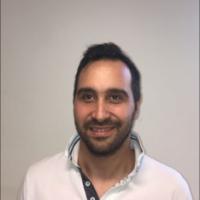 When and where did you begin this sport?
He began Para dance sport in 2005.
Why this sport?
While training in wheelchair basketball he noticed a group of female Para dancers practising on the same field. "Dancing was born out of opportunity. When I was on the field I shifted my attention to a girl dancing in a wheelchair. It took some courage to go over and start dancing with her. It did not go very well but I have to thank her every day because it left me with a deep passion for dance."

Impairment
He was born with spastic tetraplegia. (vitae.blog, 19 Jan 2019)
Other information
ARTIST
In 2011 he joined the Magie di Voci theatre company in Italy. He has performed in the musical 'The Little Mermaid' with the company, and in 2012 he released his first single 'Non e piu un problema' [It is No Longer a Problem]. In 2016 he starred in a four-minute short movie 'In carrozzina io non ballo da solo' [In the Wheelchair I Do Not Dance Alone], which was nominated for an award at that year's Film Abile festival in Italy. "Singing on a train back from the beach with friends, where my friend had a guitar with him, urged me to start singing. From there my love for music was born. I wrote a lot of songs, 'Non e piu un problema' is a serious song about my condition." (vitae.blog, 19 Jan 2019; lanazione.it, 15 Apr 2016; stamptoscana.it, 19 Apr 2014)