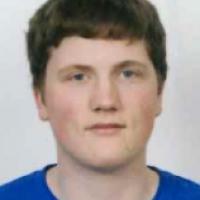 When and where did you begin this sport?
He first tried skiing at age four. He took up Para skiing at age 20.
Why this sport?
His parents would take him on skiing holidays as a boy, and he later decided he wanted to be like the professionals he watched on television. Although he became interested in other things as he got older, he started skiing again following his accident. "The pleasure was so big that I decided to follow my original dream and become a ski racer."
Name of coach
Gregory Chambaz [national]

Hobbies
Meeting friends, spending time in nature. (scobersaxen.ch, 2016)
Sporting philosophy / motto
"Do not fear, just believe." (michawaefler.ch, 2017)
Impairment
He has paraplegia after falling about six metres when a ceiling he was working on collapsed. He was learning to become a joiner at the time. (michawaefler.ch, 2017; bielertagblatt.ch, 31 Jan 2014)