Heart of Paris to Come Alive for Paralympics Ticket Sales

The square in front of Paris’s Town Hall will be a hive of Paralympic activity on 9 and 10 September 2011 as the French Paralympic Committee (Federation Francaise Handisport) and its historical partner EDF organize a celebration of Paralympic Sport.

The fifth edition of the EDF-Handisport event will allow members of the public to discover and try out various sports for people with an impairment and meet Paralympic Champions.

This coincides with London 2012 Paralympic Games tickets going on sale on 9 September and comes the day after similar International Paralympic Day celebrations in London on 8 September.

The French Paralympic Committee has organized a full programme for the Paris event, including champion athletes. Acting as ambassadors for their sport, many high-level athletes will perform display sessions or will challenge the public in friendly meetings.

The village is divided into 5 zones, each one of them corresponding to a special sports category:

Tickets for the London 2012 Paralympic Games will go on sale on 9 September. More than one million people have registered already. To sign up for your tickets, visit www.tickets.london2012.com. 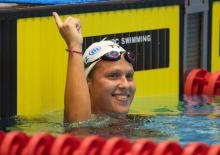 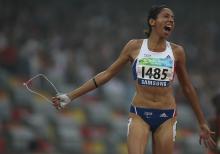 Assia El'Hannouni of France wins Women 200M - T12 Final held at the National Stadium during Day 10 of the Beijing 2008 Paralympic Games on September 16, 2008 in Beijing, China.