Olympic Park Officially Handed over to LOCOG for 2012 Games. 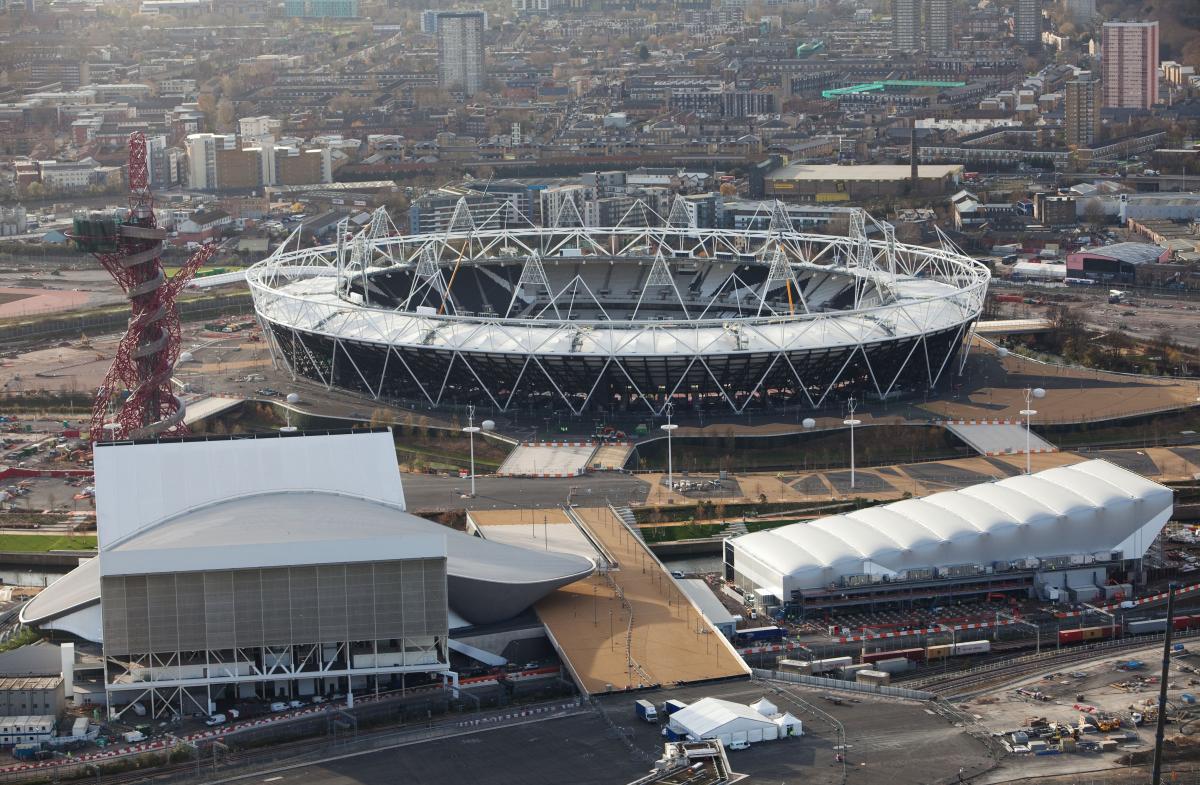 "As we kick off 2012, the year of the Olympic and Paralympic Games and the Diamond Jubilee, this is the perfect time for the cabinet to come together and ensure we are doing absolutely everything we can to make the most of this unique opportunity to showcase all the great things the UK has to offer to the rest of the world."

The London Organizing Committee of the Olympic and Paralympic Games (LOCOG) hosted the first cabinet meeting of 2012 at Olympic Park on Monday (9 January), outlining the scale of hosting the two biggest sporting events on the planet this summer.

With the Olympic Park to be officially handed over to LOCOG, Prime Minister David Cameron met British 2012 diving hopefuls in the Aquatics Centre.

Prime Minister David Cameron said: “As we kick off 2012, the year of the Olympic and Paralympic Games and the Diamond Jubilee, this is the perfect time for the cabinet to come together and ensure we are doing absolutely everything we can to make the most of this unique opportunity to showcase all the great things the UK has to offer to the rest of the world. As Ministers visit Olympic venues, businesses, schools and organisations associated with 2012 right across the UK, I want the message to go out loud and clear, from tourism to business, sport to investment, we are determined to maximize the benefits of 2012 for the whole country.”

The Olympic Delivery Authority (ODA) has now completed the main structures on the Olympic Park and will officially hand the site over to LOCOG to begin transforming it into a fully-operational Olympic and Paralympic Park. The Olympic Park now becomes a live operational site with LOCOG ramping-up work to fit-out venues, and staging testing and licensing events.

The huge logistics challenges ahead of the Games include:

• Taking over the Olympic Park which becomes a live operational site with ‘overlay’ works, and testing and licensing events taking place throughout.

• The fit-out of nine competition venues on the Olympic Park to world-class standards including all temporary “overlay” such as timing and scoring equipment.

• Building 11 sponsor showcase areas which will provide unique spectator experiences, many of which are large buildings or structures.

• The creation of functional spectator areas within the Olympic Park including installing over 1,000 picnic benches, 362 toilet blocks, and 165 concessions.

• Installing the “look and feel” of the Games throughout the venues and Park.

• Installing almost 4,000 waste bins including recycling and composting bins throughout the venues and Park.

• Riverbank Arena (Formerly Hockey Centre). The venue hosts Hockey events in the Olympic Games along with Paralympic Football 5-a-Side and Football 7-a-Side. The new name reflects the venue’s location next to the River Lea in the Olympic Park.

• Copper Box (Formerly Handball Arena). The venue hosts Olympic Handball and the Fencing discipline of the Modern Pentathlon, then by Goalball during the Paralympic Games. The new name reflects the venue’s boxed-shape and distinct copper cladding, helping create a visual reference for spectators travelling to the venue.

• London Way. The main circulation route for spectators and central spine of the Olympic Park, running north-to-south through the middle of the site. It will be the only “London Way” within London.

• Orbit Circus. Located around The Orbit, the 115m high visitor attraction in the south of the Olympic Park between the Olympic Stadium and Aquatics Centre, this spectator area takes the typically London reference to ‘Circus’ meaning a central area where a number of different spaces converge.

Alongside the huge amount of transformation work taking place in the coming months, the Olympic Park will also host a large number of pre-Games events for elite athletes, schools and members of the public alike, including:

• A series of community and public events will also be hosted in Olympic Park venues including the National Lottery Fun Run, the School Games and the Gold Challenge in the Olympic Stadium which will involve over 40,000 participants and tens of thousands of spectators.

• During the first weekend in May, five venues and all the common areas of the Olympic Park will be in used with 80,000 visitors expected to the Park on 5 May alone.

• Outside of the Olympic Park, the London 2012 Festival will bring over 1,000 different events to the UK, and the Olympic Torch Relay will see 8,000 people carry the Olympic Flame within ten miles of 95 percent of people in the UK.

The London 2012 'Join In' event listing, launched Monday, is an Olympic and Paralympic first and will store all of the events that are connected to the Games, meaning millions of people around the country will be able to ‘Join In’ the celebrations simply by going to www.london2012.com/joinin and see what’s happening in their local communities. The event listings will unite all strands of celebration; from the London 2012 Local Leaders, Inspire celebrations, Festival, Olympic and Paralympic Torch relays, events staged as part of Mayor of London Presents, through to events which Sponsors of London 2012 will stage for the UK public.

LOCOG also announced Monday that Birmingham Airport will host a London 2012 ‘welcome spectacular’ to give athletes and fans flying into the region a special Midlands welcome. On approach to the airport, passengers will see the five giant Olympic Rings on the airport’s new air traffic control tower, which can also be seen from the main road into Birmingham. The airport will also feature the London 2012 pictograms along the taxiway, and will use London 2012 branding to cover Diamond House opposite the terminal.