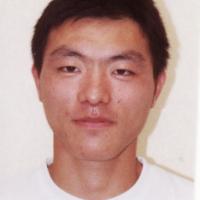 When and where did you begin this sport?
He took up Para athletics seriously in 2015.
Why this sport?
He wanted to become a marathon runner since he was at primary school, so he joined the athletics team while in middle and high school. It was difficult for him to train in the afternoons after he began working at factory but decided to focus on the sport after participating in the Japan National Para Sports tournament.
Club / Team
Hikari AC: Japan

Awards and honours
In 2018 he received the Tako Town Excellent Athlete Award in Japan. (makinomikai.or.jp, 09 Feb 2019)
Ambitions
To compete at the 2020 Paralympic Games in Tokyo. (chiba-jonetsu-athlete.com, 01 Oct 2017)