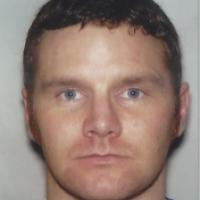 When and where did you begin this sport?
He took up the sport at age 33 in January 2015.
Why this sport?
He got into Para sport through a rehabilitation programme called Battle Back. He started training in 2012, initially taking part in triathlons as a hobby and then for the Paralympics GB development team. In 2015 he was invited by Help for Heroes to try out powerlifting.
Club / Team
Help for Heroes Weightlifting Club: Tidworth, ENG
Name of coach
Jon Paul Nevin, GBR, from 2015