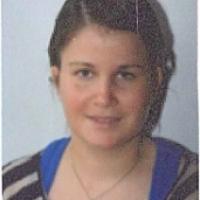 Awards and honours
In 2010 she won the Marc Herremans Trophy in Belgium. The honour is presented to young people who prove that an impairment is not a limitation on taking part in sports. (sofiecox.be, 11 Nov 2018; nieuwsblad.be, 04 Nov 2011)
Other sports
She has won the Belgian national wheelchair tennis championships on multiple occasions. (Twitter profile, 02 Nov 2019; sofiecox.be, 11 Feb 2013)
Ambitions
To compete in wheelchair tennis at the 2020 Paralympic Games in Tokyo, and to win gold at the world championships in Para dance sport. (yoocanfind.com, 22 Feb 2018)
Impairment
She has spina bifida. (sofiecox.be, 11 Nov 2018)
Other information
TELEVISION APPEARANCE
In October 2019 she performed as a backing dancer during the semifinal on the Dutch version of the reality television show 'Dancing with the Stars'. (Facebook page, 21 Oct 2019)