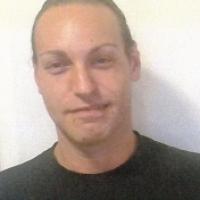 When and where did you begin this sport?
He began Para dance sport in 2013 in Bergamo, Italy.
Why this sport?
His coach Diego Curnis encouraged him to take up Para dance sport competitively. "He knew me for a long time, he knew that I had practised different sports. For that he urged my competitive side, explaining that I could participate in competitions."

Awards and honours
He and his wife Sara Greotti were named the 2016 Wheelchair Dancer of the Year by the Italian Sports Dance Federation [FIDS]. (gussagonews.it, 05 Dec 2017)
Other sports
He has represented Italy in Para athletics, and competed in wheelchair basketball at national level in Italy. (gazzetta.it, 28 Oct 2016)
Famous relatives
His wife Sara Greotti is his dancing partner. The pair competed together at the 2016 European Championships in Kosice, Slovakia. (gazzetta.it, 28 Oct 2016; superabile.it, 24 Oct 2016)
Other information
DANCING MARRIAGE
He and his wife Sara Greotti have been dancing partners since 2013. "We started it as a game, my wife Sara was dancing Latin American, and I would accompany her. I am fortunate to have her as a dance partner, the complicity that two people who love each other can have is difficult to find in other couples. The feeling we have is a sporting advantage. I still remember the audience amazement when one time, after unhooking myself from the wheelchair, I joined my wife walking on her elbows to give her the final kiss." (World Para Dance Sport Facebook page, 14 Feb 2019; gazzetta.it, 28 Oct 2016)

STREET PERFORMER
He left his office job in Italy to spend a period of time travelling around Europe working as a street performer. His wife Sara served as his assistant and the pair incorporated dance routines into their performances. "I was employed by a multinational company, home-office-home every day, I couldn't take it anymore. The routine was not what I wanted. This is why I followed one of my greatest passions that I had been practising since 2006 [speaking in 2016], being a fire-eater and fire-breathing. From one day to the next I found myself travelling around Europe, up to London and Copenhagen, together with my dog named Olga. I am also a clown, perhaps the first in the world in a wheelchair, and I enjoy entertaining children. Unfortunately, however, in Italy the street artist is seen as a beggar who asks for alms. Abroad, however, is much more considered, in Canada and Australia I could even get a work visa. I think that sooner or later I will go to those shores with Sara." (gazzetta.it, 28 Oct 2016)