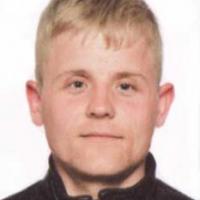 When and where did you begin this sport?
He took up the sport at age eight in Kharkiv, Ukraine.
Why this sport?
"One day a trainer from a sports school came to the orphanage and selected children to take part in sports, and I started to practice athletics."
Club / Team
Kharkiv Region: Ukraine
Name of coach
Ganna Pechko, UKR
Training Regime
He trains twice a day.