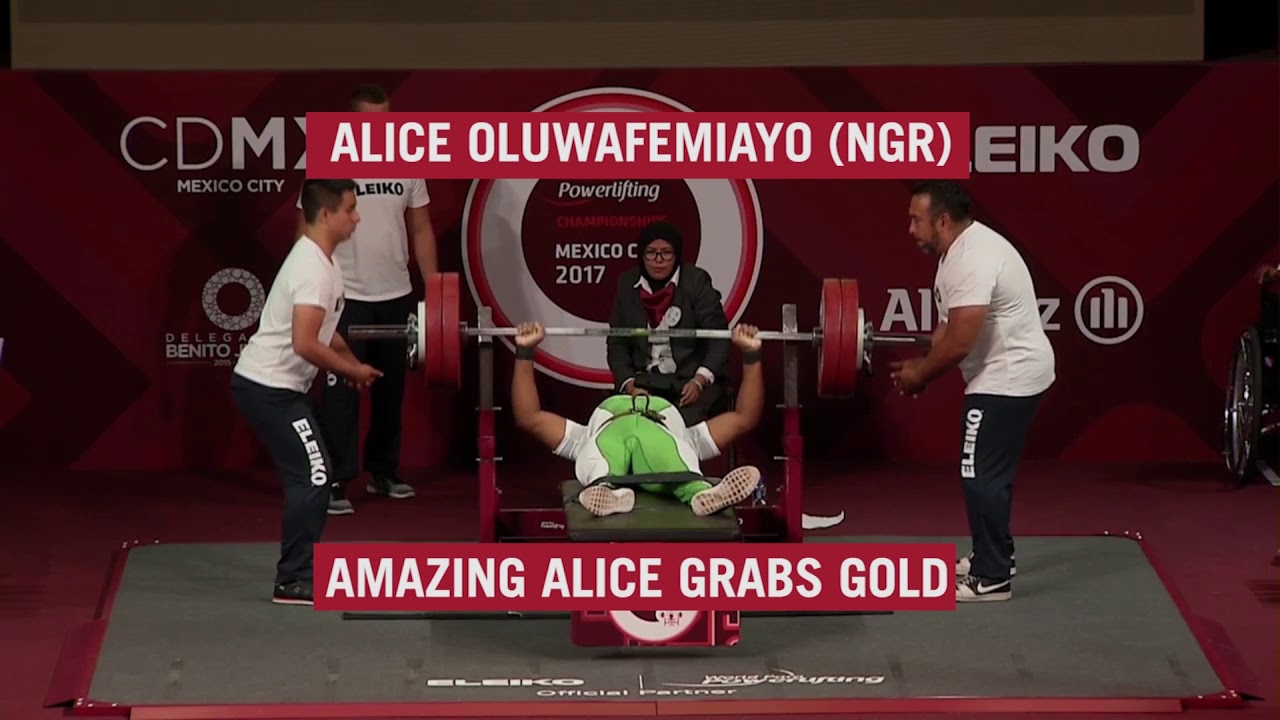 The first day (2 December) of competition at the World Para Powerlifting Championships was full of emotions and excitement as Nigeria´s Alice Oluwafemiayo smashed the women’s up to 86kg world record, while Mexican Jose de Jesus Castillo Castillo won a thrilling gold in front of his home crowd in the men’s up to 107kg.

Oluwafemiayo won after clearing the bar at 140kg before lifting 145kg in her fourth attempt to break the world record of 144kg her compatriot Loveline Obiji had set back in 2014. “I feel very happy, it was not something I was expecting,” said Nigeria’s newest world champion.

In the men’s 107kg there was thrilling drama. After two rounds, Dubai 2014 bronze medallist Castillo Castillo was in third position in the men´s up to 107kg thanks to a 233kg lift, behind Ukraine´s Anton Kriukov (235kg) and Mongolia´s Sodnompiljee Enkhbayar (233kg but lower body weight). But the Mexican cleared the bar at 236kg in his last attempt, while Kriukov lifted 235kg and Enkhbanyar failed to lift 237kg in a thrilling final.

“There's nothing like winning the gold medal at a World Championships in your country in front of your family,” said Castillo Castillo. “Since Mexico was announced the host country I thought about this moment. It was a really intense competition and I want to thank my coach for the strategy that made this gold medal possible.”

More information on the World Para Powerlifting Championships, including live coverage, comprehensive results and athlete profiles can be found on the Mexico City 2017’s website https://www.paralympic.org/mexico-city-2017