After missing out on London 2012 due to injury, Polish Paralympic shooter Filip Rodzik has his sights set on the new season, beginning with next week’s IPC Shooting World Cup. 09 Apr 2013
Imagen 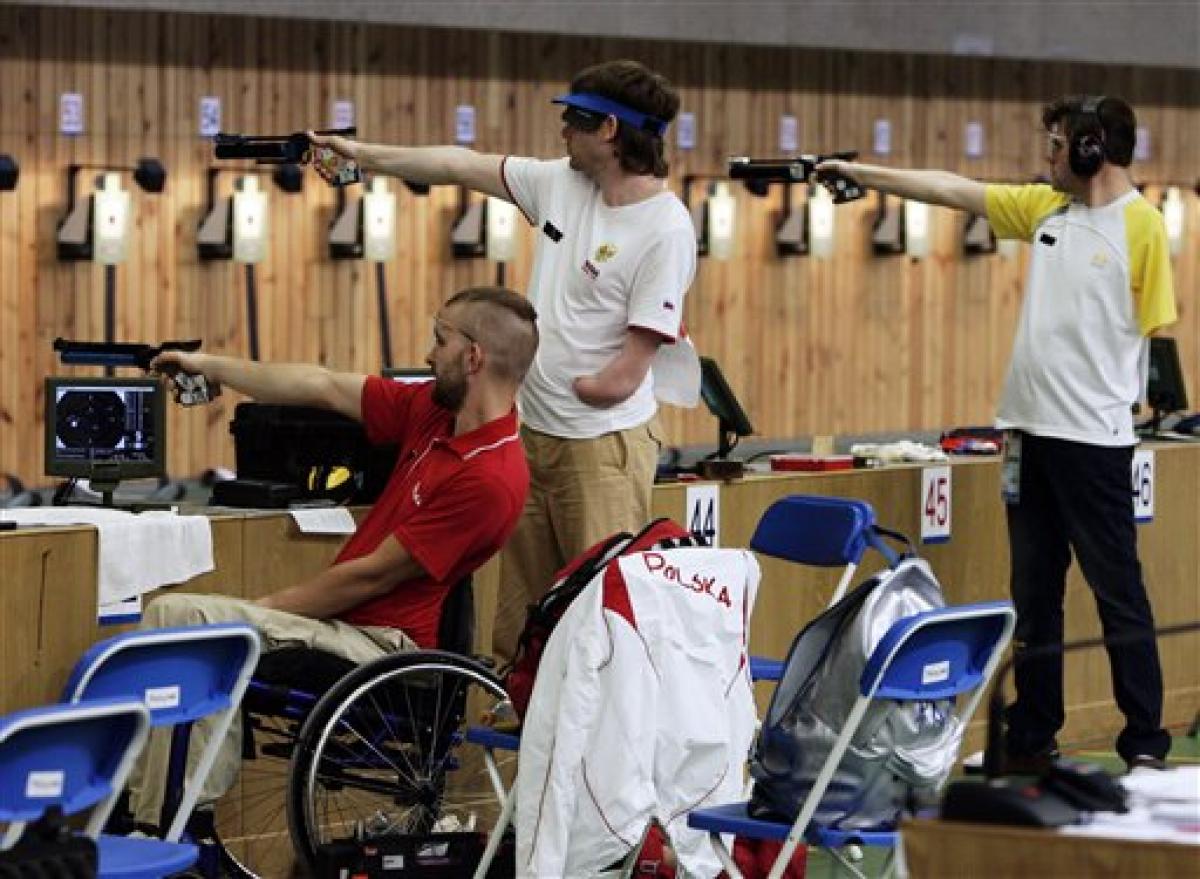 ⒸGetty Images
By Jake Wright l For the IPC

“I cannot reveal all the secrets of my preparations, but they are based on well-combined exercise and rest.”

The 2013 IPC Shooting World Cup will return to Poland for the fourth time, when Szczecin hosts the event from 17-21 April, and Polish Paralympic shooter Filip Rodzik will be ready to compete again.

After severe tennis elbow kept Rodzik out of the Polish team for London 2012, the 33-year-old is now hoping to find competitive form on home soil and has his sights on a podium place at Rio 2016.

“I want not only to compete in Rio, but I want to finish on the podium,” said Rodzik. “I will try to make the next four years count, no matter what. I’m ready to face and beat the best in the world.

“I hope to final and finish in the top spot for the (men’s 10m air pistol SH1) competition and make the finals. These are the first games played under the new rules, so it will be good practice for future competitions.”

Rodzik is referring to the new rule changes in competitive shooting for 2013, which were approved by IPC Shooting in February, and are making their debut in Szczecin.

The changes include a new final format and the trial of a decimal-point scoring system in the 10m air rifle and 50m prone events.

Qualification scores will now not be carried over into the final, meaning each finalist will start with zero points. Athletes with the lowest scores will be eliminated over the course of a final, until a duel for gold and silver positions between the two

The trial of a decimal-point scoring system will award scores to one decimal place and should reduce the number of equal scores between athletes.

Rodzik will face a tough challenge in his favoured event – the men’s 10m air rifle pistol SH1 – as he goes up against Russia’s Sergey Malyshev and Valery Ponomarenko, who both made the London 2012 Paralympic final and who finished third and seventh, respectively, in last year’s world rankings.

But the Polish athlete isn’t phased by potential rivalries – the only person he is focusing on is himself.

“Most people who compete are my colleagues and friends,” he said. “When we start we are rivals, but we are happy to spend time together at the competition. The only person I’m fighting for every competition is myself and my weaknesses.”

Originally from Wroclaw, Filip made his Paralympic debut in 2008 at the Beijing Games, then before the first selection events for London 2012 he strained his arm which developed into inflammation of the elbow.

A long rehabilitation process meant the 2010 World Cup gold and bronze medallist had to suspend training and lost his form, guaranteeing colleague and rival Wojciech Kosowski a qualification spot for London.

After missing London 2012, he is already approaching Rio 2016 with earnest.

But what are his long-term goals for this year in particular?

“This year is the first of four before Rio, but I am treating it as seriously as any other,” he said. “The European Championships will prepare me for Rio. If I want to win a medal in Rio, I must also win medals at the European or the World Championships.”

“I'm set for the European Championships and this (World Cup) competition. I've got a lot of hard work to go yet. Training is not only the time spent at the shooting range but also in the gym, pool, rehabilitation and hand exercise.”

Outside of shooting Filip has a passion for psychology and parapsychology which explains why is interested in the “psyche and self-control” of shooting a gun. He remains tight-lipped, however, about exactly how he uses his psyche to compose himself before a competition.

“I cannot reveal all the secrets of my preparations, but they are based on well-combined exercise and rest,” he said.

Poland will host the first event of the 2013 IPC Shooting World Cup from 17-20 April in Szczecin.