Venezuela’s 27-year-old judoka is confident she can give her country the second Paralympic gold medal in history at Rio 2016. 16 Aug 2016
Imagen 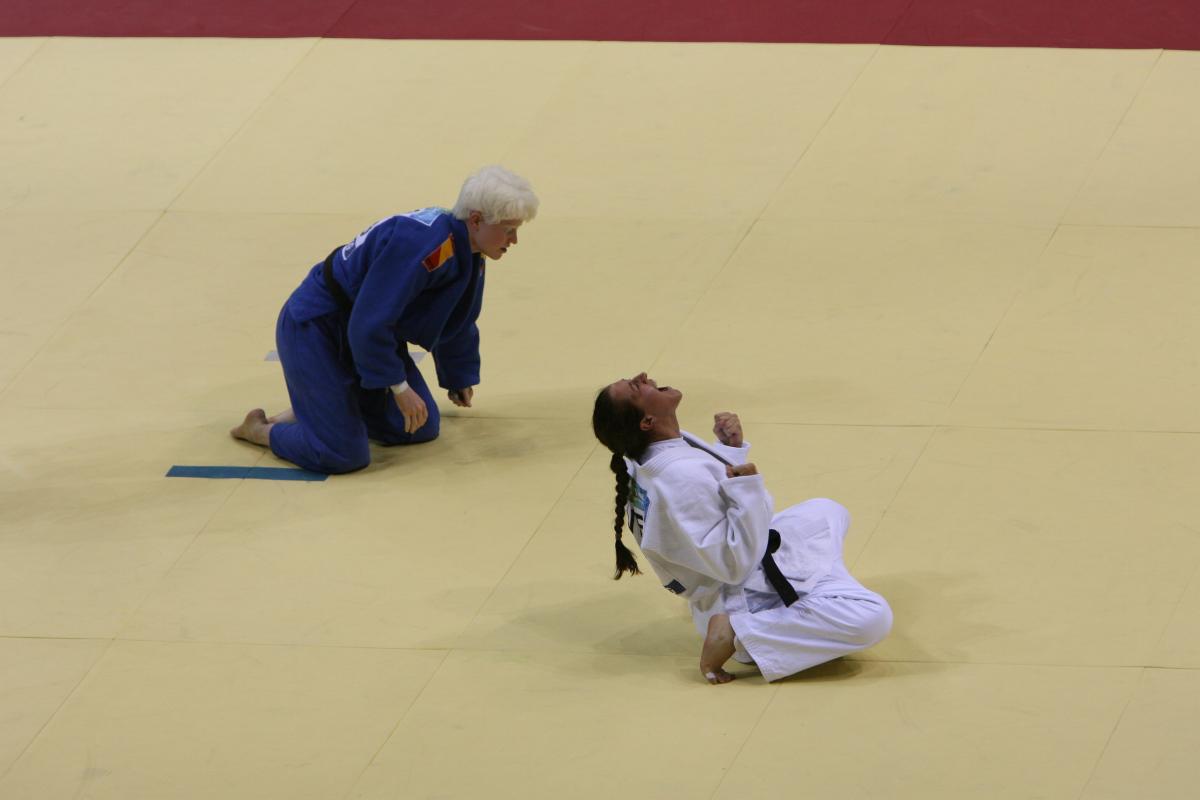 Judoka Naomi Soazo had the best moment of her career when she won Venezuela’s first and so far only Paralympic gold medal in Beijing, China, in 2008; and is determined now to reclaim the title at September’s Paralympic Games.

The 27-year-old competed in the up to 63kg until London 2012, where she lost to Brazil’s Daniele Bernardes in the bronze-medal combat, before switching to the up to 70kg, the category she will be competing in at Rio 2016.

In 2015, Soazo was defeated by Mexico’s Beijing 2008 silver medallist Lenia Ruvalcaba at the Parapan American Games in Toronto, Canada, but still managed to capture bronze.

“My dream is to win another Paralympic gold and I am training intensively towards that objective,” said Soazo, who will compete at her third Paralympics in Rio.

“I must wait now until the day of the competition and give the best I can, and hopefully all the hard work will pay off.”

Soazo imagines the local crowd will cheer for the Latin American athletes and give them extra-energy whilst competing.

“It is so great to have the Paralympic Games in Brazil, the biggest country in Latin America. It will be a stepping stone, and I believe after this Games other countries from the continent will have the opportunity to host Olympics and Paralympics,” she said.

“It is a huge honour to host it, I have high expectations and am sure I will enjoy them a lot. It is a blessing to have the Games in South America.”

Soazo also recalls Beijing 2008 as the best sporting experience in her life.

“It was amazing, and it was not just my victory but my country’s victory, which made it magical,” she said.

“Every time I think of those Games, I cannot but smile. Listening to my national anthem whilst holding the gold medal after four years of hard work was a dream come true.”

With Hungary’s reigning world champion Nikolett Szabo and Parapan American champion Lenia Ruvalcaba competing in Rio, it will be hard for Soazo to climb onto the first step of the Paralympic podium again. But she remains confident.

“I have to strengthen the strong points and improve the weak ones to achieve a good result,” she said.

“I want to make Venezuelan people smile and enjoy.

“Sometimes you win and sometimes you lose. But I will give my best for my country and my beloved ones.”