One year to go until 2018 Blind Football Worlds

16 teams to compete at World Championships in Madrid next June. 18 Jun 2017
Imagen 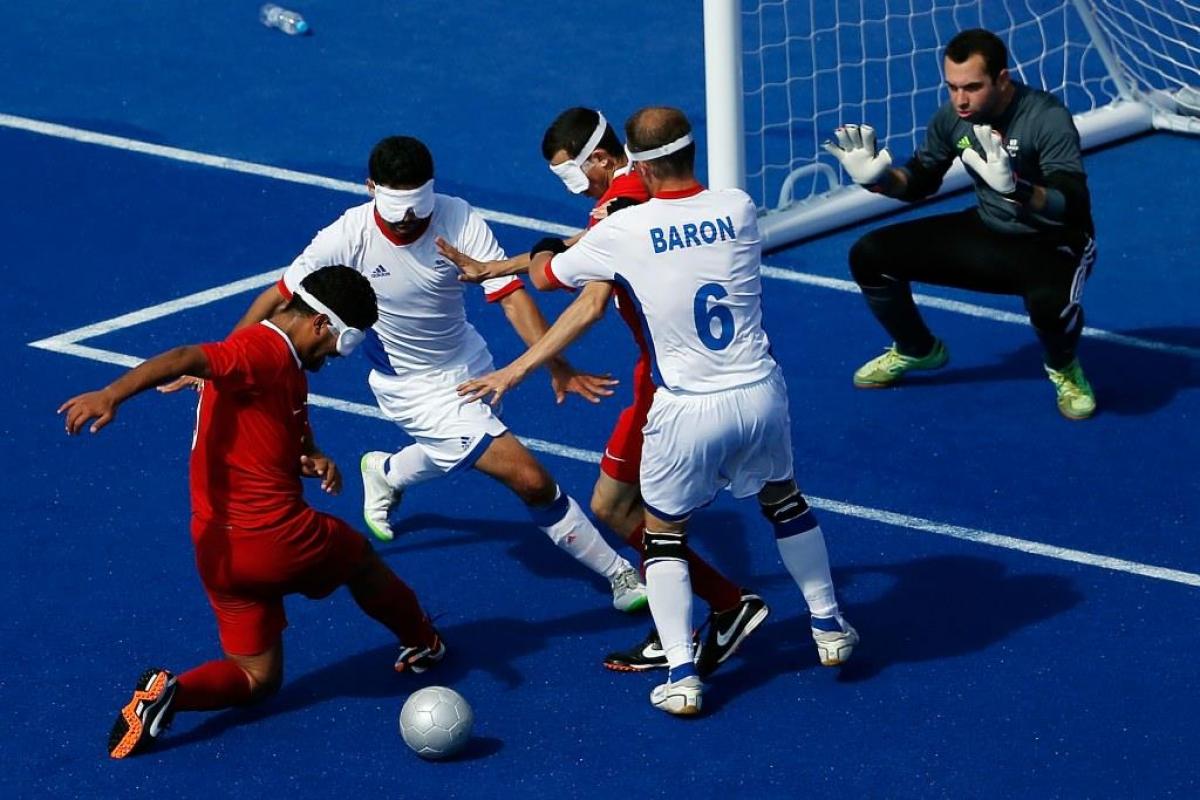 Kahraman Kurbetoglu of Turkey misses the ball attempting to shoot against France in their men's Team Football 5-a-side - B1 preliminary match at the London 2012 Paralympic Games.

It is exactly one year until the two best blind football teams in the world will battle it out to be crowned champions in the final of the 2018 International Blind Sports Federation (IBSA) Blind Football World Championships, set to take place in Madrid, Spain.

Sixteen teams will compete in the tournament overall, and even though reigning Paralympic and world champions Brazil are the strong favourites, the rest of the teams are not just there to make up the numbers.

Here are five things you should know before the competitions kicks off:

2. It will be the seventh edition of this event, with Spain organising the event for the first time since 2000.

3. The Worlds will have a 16-team expanded format. The first stage will feature four groups of four teams, with the top two in each group qualifying for the quarter-finals.

5. The ONCE Duques de Pastrana Sport and Culture Complex, located in the north-east of the city, will be the event’s venue. The complex features an indoor sports hall, a fully-equipped fitness area and two artificial grass blind football fields.