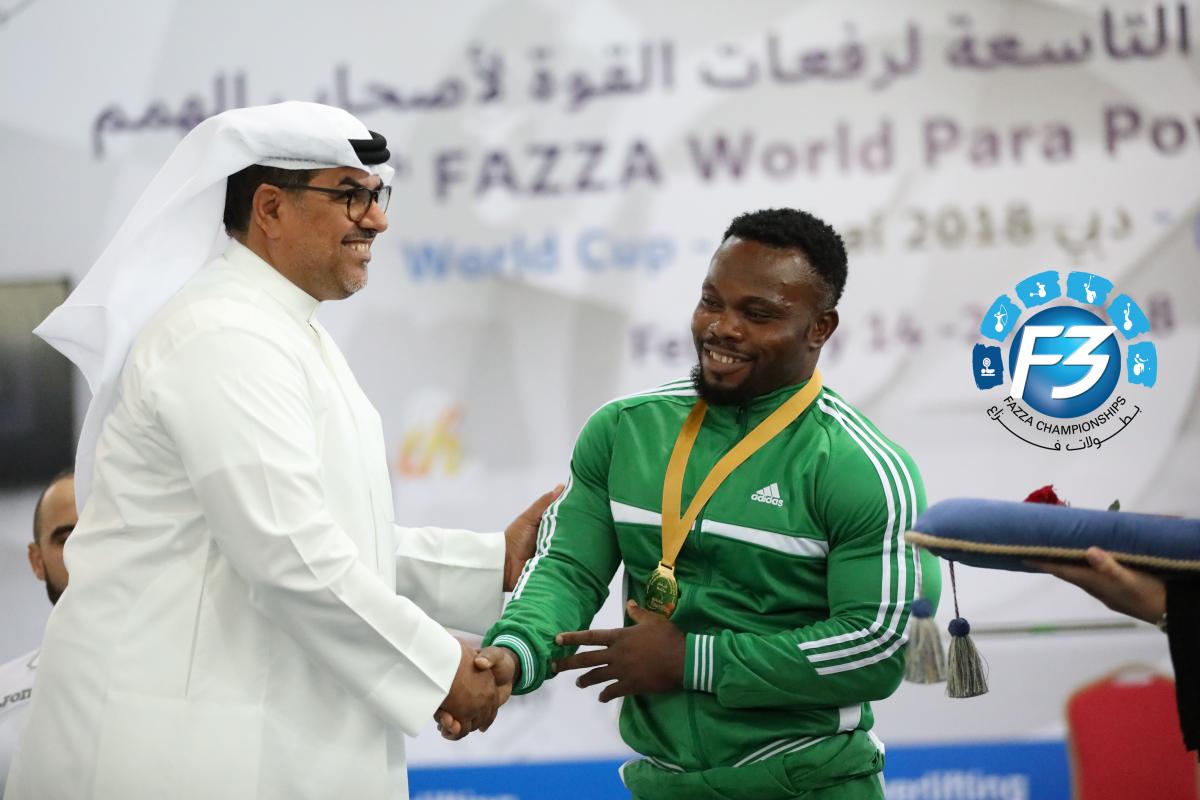 Two-time Paralympic silver medallist Mohsin progressed from 200kg to 210kg to 220kg in his three attempts in the men’s up to 72kg to secure the gold.

But the 30-year-old decided to go for more and set a new world record of 228kg in his fourth lift, improving 1kg from the mark he had set at the Rio 2016 Paralympic Games.

Nigeria’s reigning Paralympic and world champion Paul Kehinde was the other big star of the day as he broke his own world record of 220.5kg set at the Mexico City 2017 World Championships after lifting 221kg in his second attempt.

The 29-year-old even went for more and attempted to clear the bar at 223kg but failed. He was followed by Algeria’s Mexico City 2017 bronze medallist Hocine Bettir (183kg), who will be the home crowd favourite for the 2018 African Championships in Algiers, from 27-29 July.

Competition continues on Tuesday (20 February) with the women’s up to 61kg and 67kg, and men’s up to 80kg events.