Vervoort will be one to watch in Brussels

Belgium’s star sprinter Marieke Vervoort has been invited to participate in the Belgacom Diamond League Meeting in September. 28 Mar 2013
Imagen 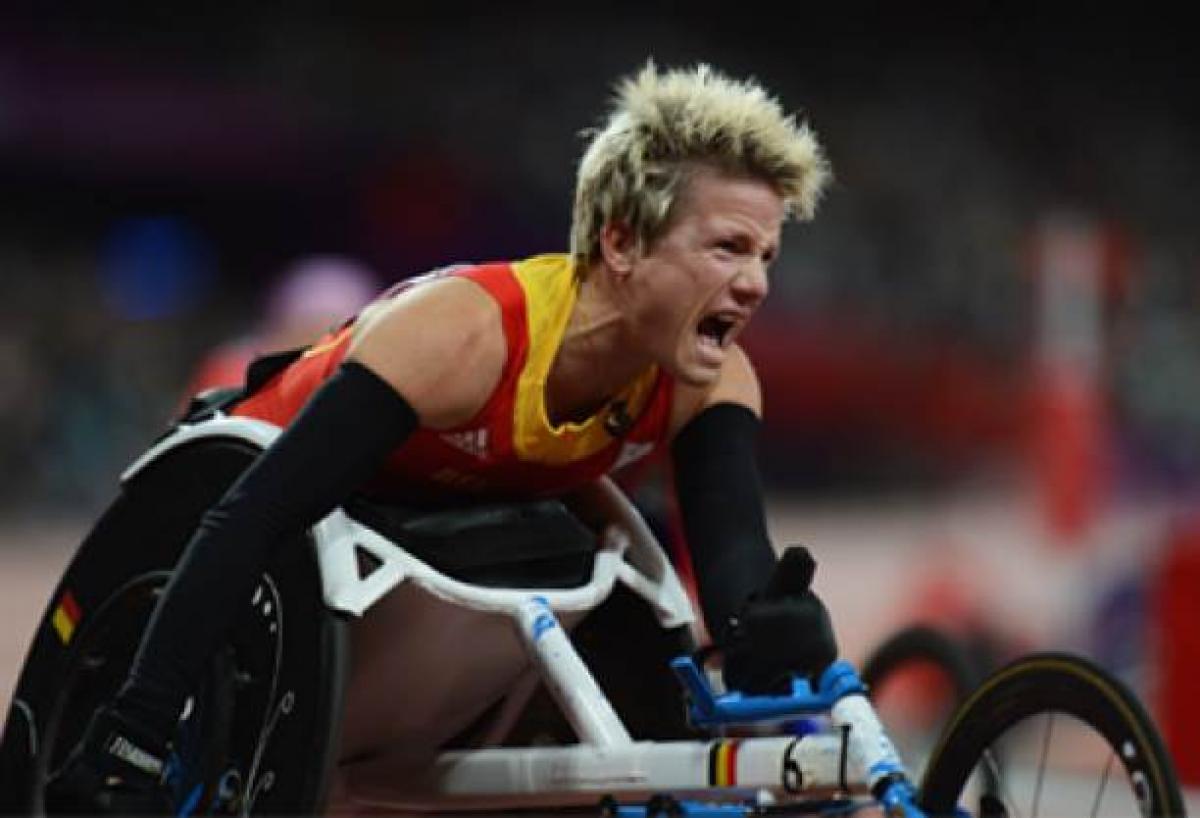 “The Belgacom Memorial Van Damme is the most famous meeting in Belgium. To compete in front of a full house and home crowd must be amazing, so I can hardly wait to be out on the track on 6 September."

Belgian Paralympian of the year and double Paralympic medallist at the London 2012 Games, Marieke Vervoort, will make her debut at the Belgacom Memorial Van Damme IAAF Diamond League Meeting in Brussels on 6 September.

Proud winner of both a silver and gold medal in London, Vervoort made a huge impression on the organisers of Belgium’s biggest athletics competition.

As a special tribute to Vervoort, a 100m wheelchair sprint will be on the programme of this year’s Diamond League Meeting.

In collaboration with the Belgian Paralympic Committee, a highly competitive field of athletes from all over the world will be invited to participate in the race. Wheelchair racers will be awarded the same prize money as able-bodied sprinters.

Vervoort, who just got back from a training camp in Lanzarote said: “It speaks for itself that I am over the moon with this invitation.

“The Belgacom Memorial Van Damme is the most famous meeting in Belgium. To compete in front of a full house and home crowd must be amazing, so I can hardly wait to be out on the track on 6 September.

“I just came back from training camp and I am feeling great. Without any setbacks I should be able to live up to my own standards this summer.

“In conclusion, I would like to add that I very much appreciate that we will be competing for the same amount of prize money as our able-bodied colleagues.

“That counts as a milestone in our sport.”

At the London 2012 Games last year, Vervoort beat Canada’s world and defending Paralympic champion Michelle Stilwell to take top podium spot in the 100m T52 sprint with a top time of 19.69. She finished just behind her rival to take silver in the 200m T52 in 34.83.

Her rivalry with Stilwell between now and Rio 2016 will certainly be one to watch.