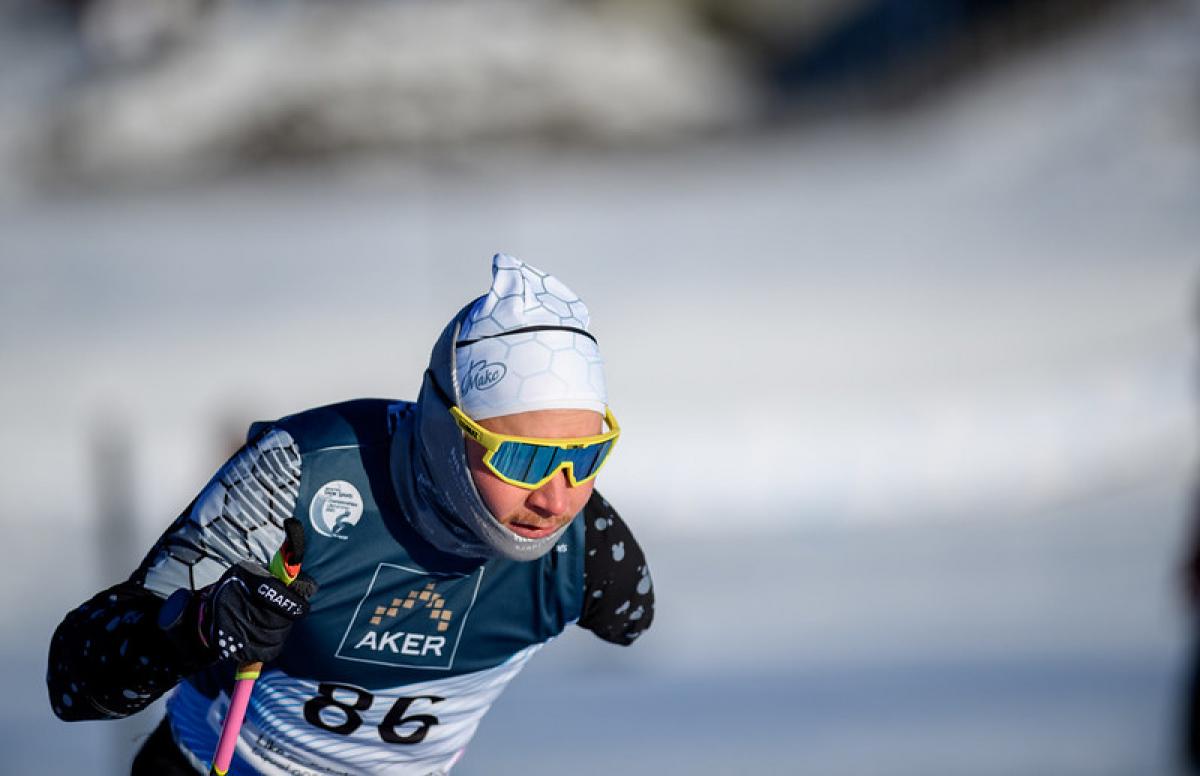 On what was an outstanding final day of the Para biathlon competition for the RPC and the USA, the 27-year-old cruised to victory in the men’s individual standing event.

He crossed the line 2:43 minutes ahead of the field after setting a blistering pace from the start of the 12,5km race. Compatriot Vitalii Malyshev came second and former world champion, France’s Benjamin Daviet, was third.

It was Lekomtsev’s third Para biathlon gold, and the most challenging in the high winds, as the RPC athlete admitted after the race:

“It was really difficult, today. It is incredible [to win] and everything is going well, but I have had too many tough races and the competitors are really strong. My next competition is a sprint, and I hope I will be ready again.”

The Paralympic champion has also won world titles in the middle and sprint cross-country skiing events in Lillehammer.

The biggest cheer of the dramatic final, though, went to Norway’s three-time Paralympic champion, Nils-Erik Ulset.

Despite five misses curtailing his chance of a medal, the home crowd cheered him on as he finished in 11th place and more than five minutes behind the leader.

It was also a good day for the USA with gold, silver and bronze medal wins.

Kendall Gretsch added to the haul with her second triumph of the championships in the women’s individual sitting event.

The 29-year-old put on a dominant display with just one shot missed over the five 2.5km laps. She finished 1:51 ahead of the RPC’s Natalia Kocherova.

But there was drama in the battle to win the bronze medal. It was heartbreak for Belarus’ Lidziya Loban, who was on course to take home the bronze, but Gretsch’s teammate, USA Oksana Masters, had other ideas.

The dual-sport summer and winter Paralympic champion made up a one-minute deficit in a stunning final lap to finish just 1.2 seconds ahead of Loban.

It is only four months since Masters won two gold medals at Tokyo 2020 in Para cycling. She also won another two in Para cross-country skiing at PyeongChang 2018.

Gretsch, who also took a gold medal in Tokyo 2020 in Para triathlon and two in PyeongChang 2018 in Para biathlon and Para cross-country skiing, was delighted with her victory.

“It is really awesome,” she said, as she now looks to winning in Beijing 2022. “This is the biggest competition before Beijing, and it has been so good. We have a great team, and we spur each other on.”

Another member of the USA team, Aaron Pike, won silver in the men’s individual sitting event.

Pike put in an impressive performance throughout the 12.5km, even securing the top spot, before a missed shot left him in second place.

Ukraine’s Pavlo Bal came first and denied the RPC the gold. Ivan Golubkov was on target to claim his fifth title this week, but he dropped down to sixth after missing five shots.

By contrast, Bal had the biggest result of his career when he finished 24 seconds ahead of USA’s Aaron Pike. The 35-year-old was elated as he powered across the finish line with RPC’s Danila Britik taking bronze.

“I worked really hard for this, so I am very satisfied with the race. It is also my first competition where I have only missed one shot,” a delighted Bal said after winning his first major championships medal.

“The race was difficult and tough with the conditions and the cold weather, but I am very happy,” Bal added.
Paralympic champion, South Korea’s Shin Eui Hyun, came a disappointing fourth. He had been in the gold medal position until the final round after he missed two shots and dropped out of the rankings.

The RPC had got off to an outstanding start in the first event of the day when Stanislav Chokhlaev added gold to his two silvers in the men’s individual vision impaired event.

The Paralympic silver medallist never relinquished his early lead over the course of the race. He showed strength and stamina throughout, and with just one shot missed, crossed the line with his guide Oleg Kolodiichuk 1:29 minutes ahead of the field.

A battled raged behind the new world champion for second and third. Ukraine’s Oleksandr Kazik had been in contention for a silver medal but after missing a shot in the third round slipped down to bronze with Ukraine’s Anatolii Kovalevskyi stepping up to take second.

Another gold for Ukraine!
Now in the men's 12.5km sitting.

Vera Khlyzova was crowned the queen of the biathlon after winning her third title in Lillehammer. Earlier in the week she won the women’s sprint and middle events.

The 20-year-old crossed the line 2:08 minutes ahead of her nearest rival 17-year-old Ekaterina Razumnaia, who put in another impressive performance this week to claim her third silver.

A delighted Khlyzova, who won with her guide Natalia Iakimova, said after the race: “I am proud of my win, and it was also amazing to be with my other teammates on the podium. I feel really proud of the team and will continue to do my best and get better and better.”

The RPC dominated many of the events on Thursday, but not the women’s individual standing. Ukraine overpowered the field with a clean sweep of the medals.

Former world champion Iryna Bui claimed victory over her compatriot Liudmyla Liashenko, who was the favourite going into the competition, but she finished in bronze after missing eight shots.

Bui grabbed the opportunity to get on the podium, and with just one mistake, finished more than five minutes ahead of second place Oleksandra Kononova.

The 5:18 gap was the widest margin of victory so far this week. It was Kononova’s second silver – she also took gold in the sprint. RPC’S Iuliia Mikheeva was fourth.

“I am very happy to win,” said Bui, who added the difficult weather conditions meant she had to be on top of her game in the shooting. “During the warm-up, the weather was really cold and the wind was really strong, so I knew shooting was going to be very important. I am really happy that everything was okay.”

🚨Iryna Bui 🇺🇦 is the new world champion of the women's 12.5km standing! 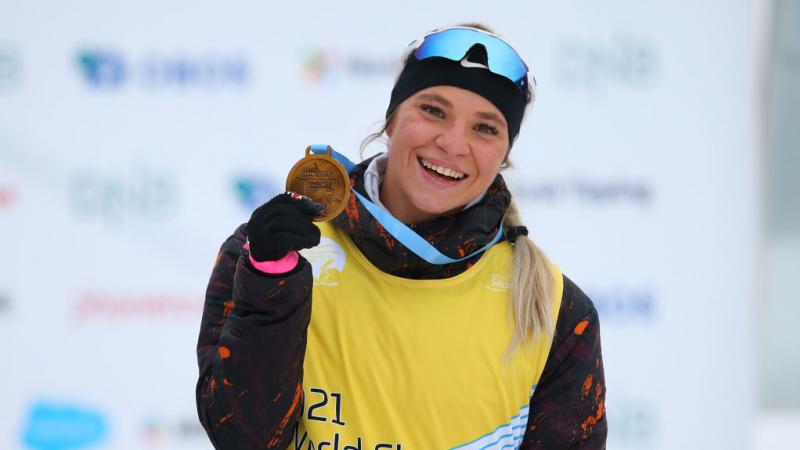 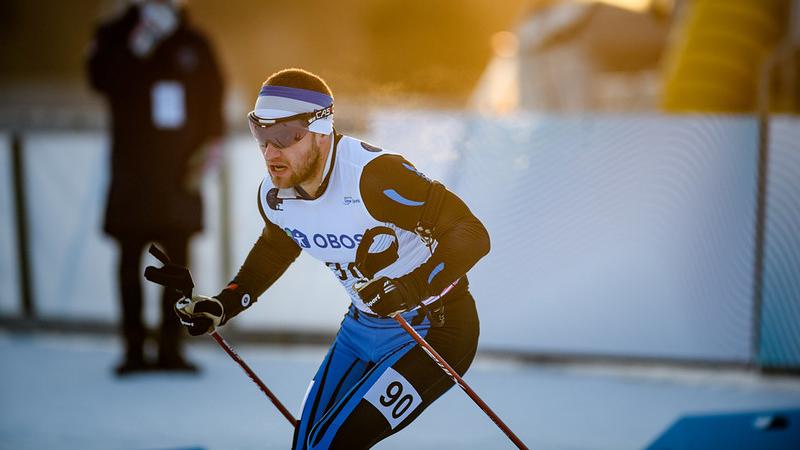 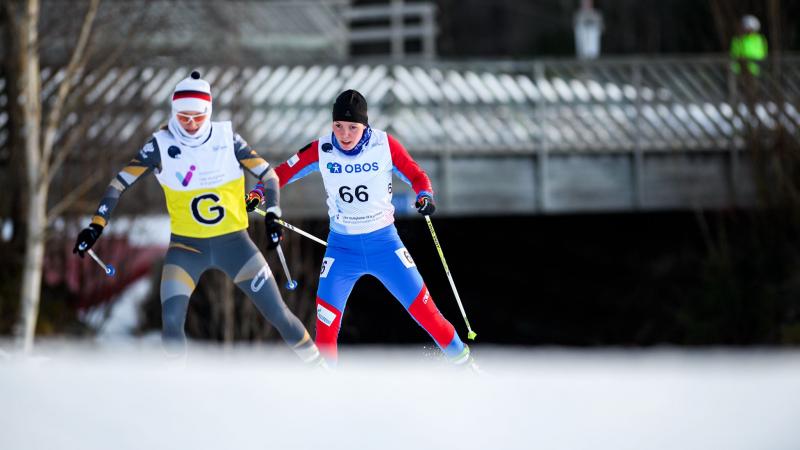 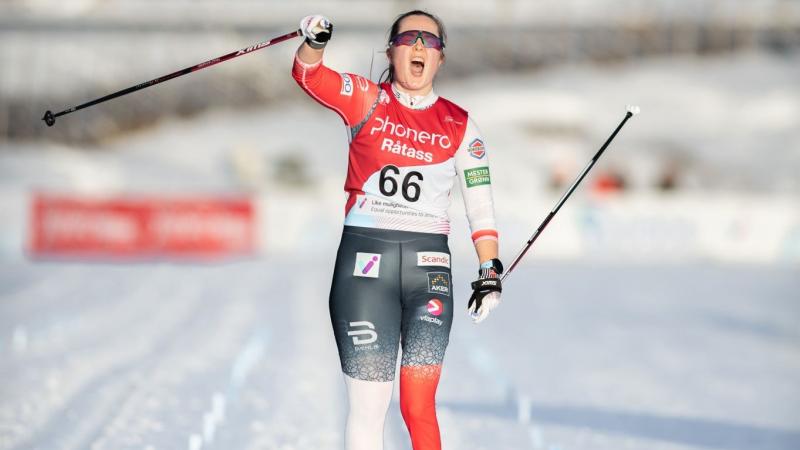