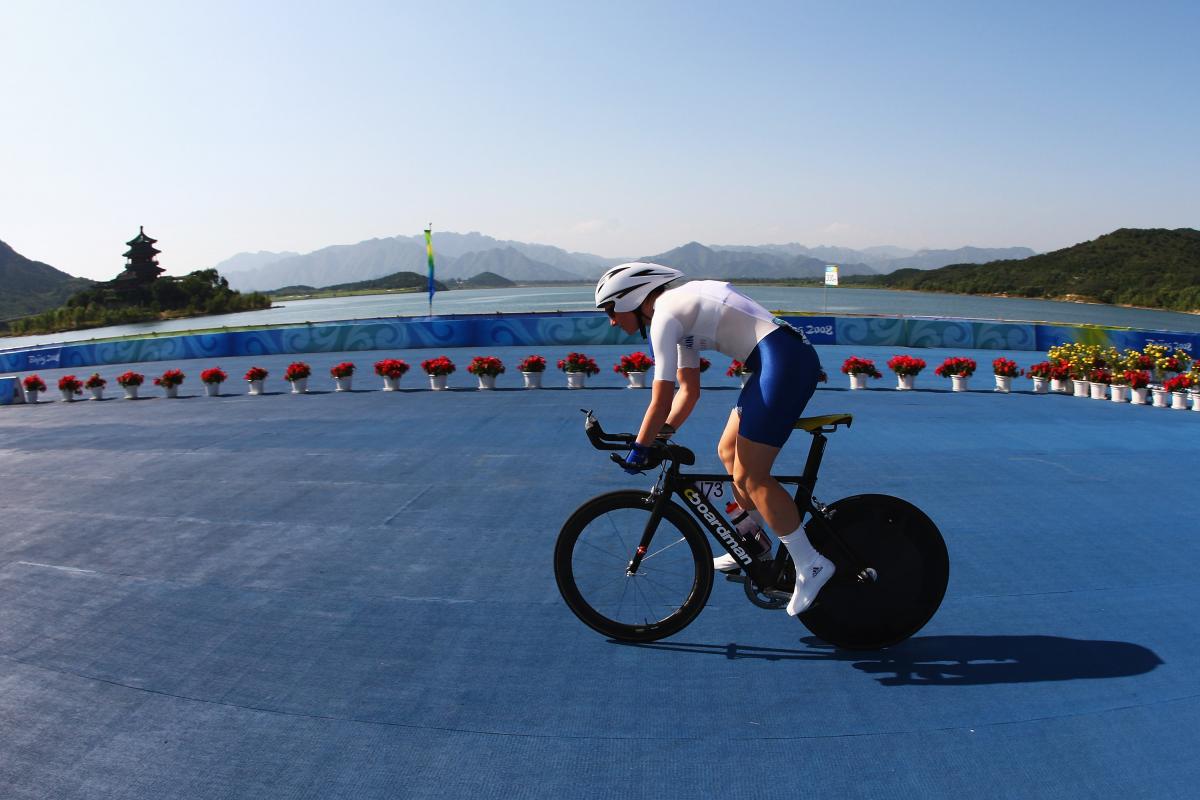 The world’s best para-cyclists will battle it out in Los Angeles, California in the USA starting this Thursday (9 February) at the 2012 UCI Para-Cycling Track World Championships.

The event, which is presented by Samsung, runs through to Sunday (12 February), and will feature more than 200 athletes from 33 countries. Para-cyclists will have the chance to compete for UCI points that impact the overall number of team slots awarded to each country for the London 2012 Paralympic Games.

"This will be a fierce competition between the world's top Paralympic cyclists as the race tightens to qualify for the 2012 London Paralympic Games," said USOC Chief of Paralympics Charlie Huebner.

One of the names to watch in Los Angeles will be Great Britain’s Jody Cundy. The 33-year-old, who was born with a deformed right foot that was eventually amputated, was a gold medalist at the Beijing 2008 Paralympic Games and will look to build on his impressive resume of 10 world titles.

Cundy will compete in the 4km Individual Pursuit and Kilo C4 events, as well as the Team Sprint. He had a bit of a scare after landing in Los Angeles, learning his bike was cracked along the journey, but was able to quickly get it fixed by his mechanics.

Cundy’s teammate, Sarah Storey, will be another big name to keep an eye on, as she goes for gold in the Individual Pursuit and 500m Time Trial CP4 events, in addition to the Team Sprint.

In total, the British delegation will have six Paralympic champions competing at the Championships.

Host nation USA will be led by C2 racer Allison Jones, who picked up a gold and a bronze at last year’s World Championships and bagged a silver at the Beijing 2008 Paralympic Games.

Ireland’s Colin Lynch, coming off a world title in the Road Time Trial, could be one to headline the 1km Time Trial and 3km Individual Pursuit C2 events. He will also compete in the Team Sprint.

“My realistic expectation is I should get a couple of podium finishes,” Lynch said. “Coming away with another World Championship is a possibility, but it’s not my expectation, as I’m looking to reach my peak at the Paralympics. I’m looking at L.A. as a vital stepping stone to the bigger goal, which is to win gold in September.”

The four days of races will take place in the Home Depot Centre, a 50.6-hectare development that houses stadiums and facilities for numerous individual and team sports. The indoor velodrome can seat up to 2,450 spectators, and the event is free to the public.

Here’s a look at the race times for the four-day event:

Para-Cycling will be one of 20 sports featured at the London 2012 Paralympic Games.