Following the success of London 2012 the event was the biggest to date with over 170 athletes from around 34 countries taking part. It was the first IPC Shooting European Championships since 2007 when the event took place in Suhl, Germany.

Many medal winners from London competed in Alicante as athletes start their preparations for the next Paralympic Games in Rio in 2016.

The competition not just featured European shooters. Under the IPC Shooting Rules athletes from Africa and Oceania are allowed to take part in the event as they have no regional championships.

Decimal scoring enables athletes to potentially add an extra 54 points to their overall qualification score and should prevent ties in the future. IPC Shooting has taken the decision to switch systems as part of its close relationship with the International Shooting Sport Federation (ISSF).

The new finals saw all athletes start from zero rather than carry over their qualification score. The lowest ranking athletes were eliminated throughout the final until only the final two athletes are left in a ‘shoot-off’ scenario to fight for first and second place.

The event was organised by Club Lucentum which was founded in December 1999 and has played host to many international events including previous IPC Shooting World Cups.

Alicante is a historic Mediterranean port city located in the south of the Valencian Community.

The city is the fastest growing in Spain and the local economy is based upon tourism directed to the beaches of the Costa Blanca. The port is now one of Spain’s most important for visiting cruise liners and since 2005 Alicante has been home to Ciudad de la Luz, one of Europe’s largest film studios.

The city enjoys a Mediterranean climate with mild winter temperatures and warm to hot summers. In October, which together with September is the wettest month, the average high temperature is 24.4C and the average low 13.7C.

Due to the large influx of tourists heading for the Costa Blanca, Alicante is Spain’s fifth busiest airport with regular connections to Barcelona and Madrid airports.

Alicante railway station run regular long range trains to Madrid, Barcelona and Valencia as well as to the city’s suburbs.

The city also boasts a regular ferry service to the Balearic Islands and Algeria.

The local basketball team is Lucentum Alicante whilst the city port serves as the headquarters and the starting point of the Volvo Ocean Race, a round the race yacht race. 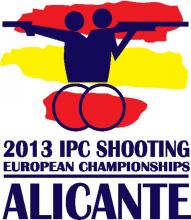