Irish para-cyclist Colin Lynch blogs about getting back on the bike after failing to medal at London 2012. 08 Nov 2012
Imagen 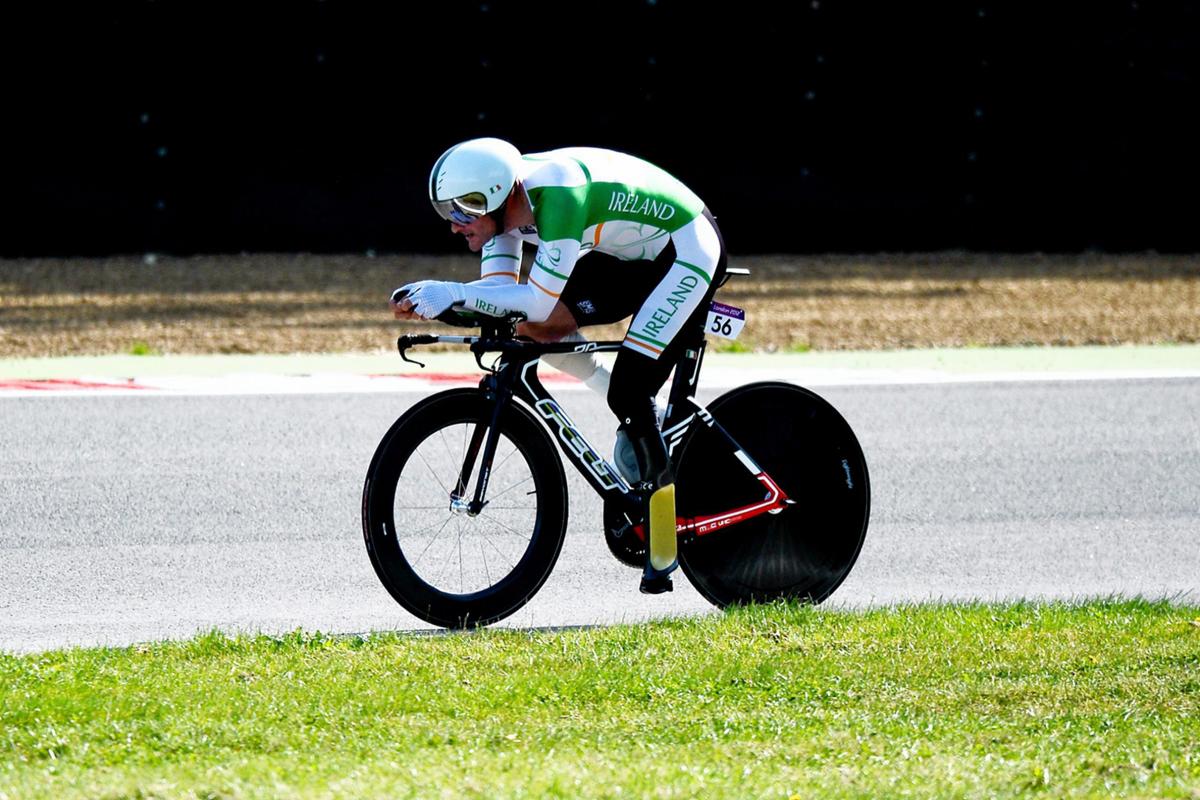 At some point in every cyclist's career, they are going to experience a fall.

It's pretty much inevitable, whether it's physically falling off your bike, a fall in form, or as we have seen recently in the case of Lance Armstrong, a fall from grace.

Picking yourself up, finding a way to heal and carry on after a fall can be just as traumatic as the fall itself, especially if it was serious. How an athlete approaches the recovery process will determine their longevity in the sport.

At the London 2012 Paralympics, I was unfortunate enough to experience falls on several levels. Going into the racing, I was a favourite to win a medal as the reigning World Champion in two different events (time trial and individual pursuit).

And yet, I walked – or limped – away from the Games without a medal.

I experienced a fall in form at the wrong time.

Nothing major, but enough to keep me off the podium.

And in my final race of the Games (the road race, in which I am not a specialist by any means), I decided to lay it all on the line and try a different strategy than I might normally have done.

Rather than merely sit in the bunch and wait to either get dropped mid-race or lose out in the final sprint for the finish line, I decided I was going to try and spring a surprise attack right from the start.

But my plan lasted all of about four minutes. I went screaming into the first hairpin corner at 40 miles an hour, lost control of the bike and ended up in a heap on the side of the road.

Being the competitor that I am, I immediately hopped up off the ground and attempted to get back into the race. My bike was somewhat mangled so it took a few minutes to try and get it working again.

I was so focused on the bike that I failed to see that I was also somewhat mangled. Mostly, I was just missing skin from where I had slid across the pavement at high speed.

In the end, I was able to get back on my bike but it was only partially functional, so just finished the first lap and had to pull out of the race.

I left the Games a broken man.

No medals. I missed one by a mere tenth of a second in the Velodrome.

But the one thing that wasn't broken was my spirit.

I had experienced falls on so many levels, but it has only made me more determined to come back next year stronger in my desire to win.

I will have to look at every aspect of my training and equipment again to make sure nothing is left to chance, and to learn from the mistakes that I made this past year, but I have every confidence that I will bounce back even stronger than before.

It took several weeks for the physical injuries to heal and the bike will be pretty easy to repair. The blow that my pride took will take longer to heal, but this is what I was alluding to at the start: how you let such things affect you can determine your longevity in the sport.

If you can find a way to carry on and learn from these experiences, then you have a greater chance of thriving in sport. Sport (obviously) has a huge physical component to it, but the mental aspects are just as important.

And so as fall begins, I know that I have a lot of work to do. I want to be in Rio in four years’ time, but for now I am preparing for the 2013 season.

One step at a time.

Colin Lynch finished fourth in the London 2012 men's individual C2 pursuit on the track, just missing out on a medal.