At the London 2012 Paralympic Games, the men’s Wheelchair Tennis singles event could be one of the best hidden charms says the IPC's Stuart Lieberman. 16 Aug 2012
Imagen 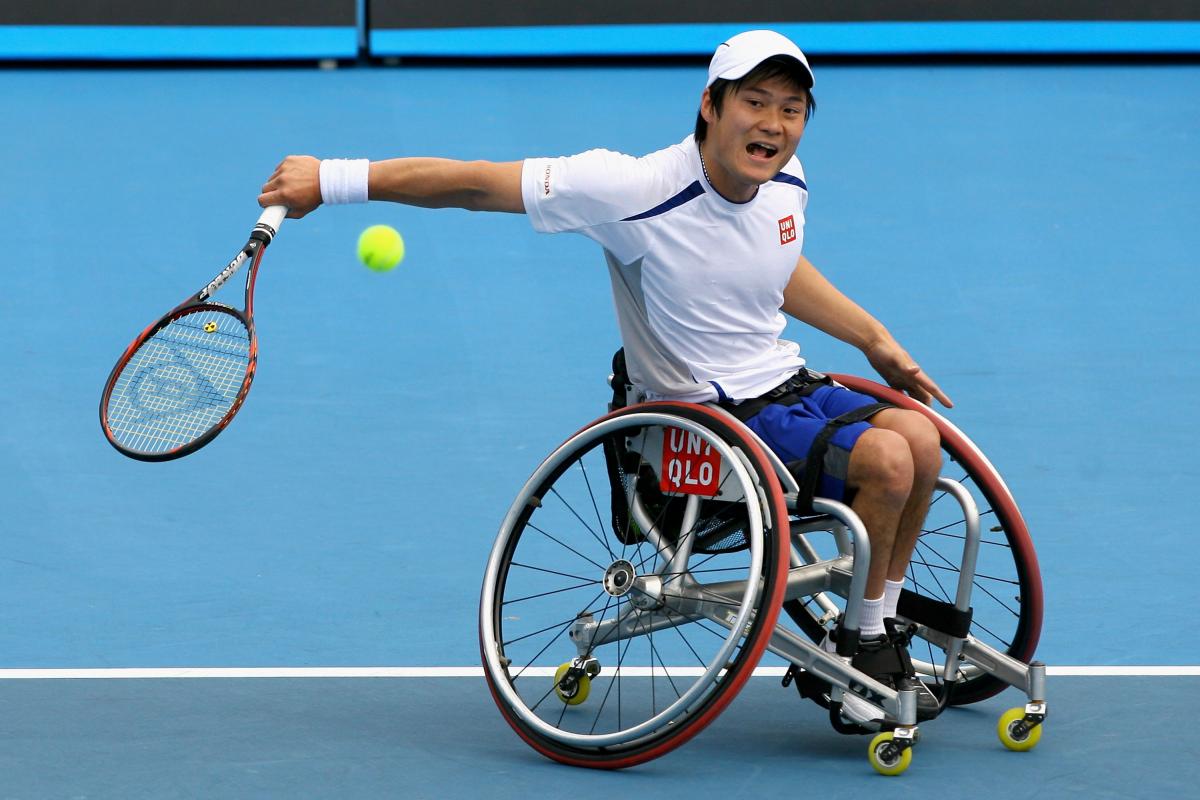 Japan's Shingo Kunieda will try to defend his Paralympic title at the London 2012 Games.

Everybody’s talking about the sprints, swims and three-point shots expected to come in the British capital later this month.

But one of the more untouched stories at the London 2012 Paralympic Games – the men’s singles Wheelchair Tennis competition – may be one of the best-hidden charms.

On the women’s side of the court, the Netherlands’ Esther Vergeer has been the most dominant player in the world for nearly a decade. She has not lost a singles match since 2003, and has extended her unbeaten streak to well over 450 matches.

The International Tennis Federation (ITF) released their London 2012 media guide this week, and after taking a read through it, there does not seem to be one clear favourite among the 64 men’s singles entries.

Let’s take a brief look at who has a shot to reach the podium, stun the crowds and become the world’s best.

The first name we must mention is Japan’s Shingo Kunieda, who won gold at Beijing 2008 and has the chance to go down in the history books as the first player to win two men’s singles Paralympic titles.

Despite being battered with a few injuries since Beijing, everyone will be out to beat the reigning Paralympic champion in London, who is now No. 2 in the world rankings. Kunieda, 28, has won 20 Grand Slams since 2006, including 11 in singles and recorded a 106-match winning streak from 2007-2010.

The right-hander's biggest challengers at Eton Manor will most likely be France’s Stephane Houdet and the Netherlands’ Maikel Scheffers, as the two have traded off the title of world No. 1 since Kunieda fell from the spot last December.

Houdet will enter the Games ranked as the top player in the world. He was the one who ended Kuneida’s 106-match streak in November 2010 and became world No. 1 for the first time in June after winning his first Grand Slam title at Roland Garros.

Scheffers, No. 3 in the world, is simply a beast on the court. There is no better way to say it. His facial expressions on the court will frighten you.

The Dutchman ended 2011 as the world champion, having won two of the four Grand Slam titles and backing up a long Dutch tradition of Wheelchair Tennis excellence. With Vergeer as his training partner, it is certain he has the knowledge of what it takes to be a winner.

His compatriot, Robin Amerlaan, won silver at Beijing 2008 and gold at Athens 2004, and could be a dark horse to top the podium in London. Though he currently sits as No. 10 in the world, the veteran has arguably more experience than anyone and will not falter under pressure.

We cannot go without mentioning Argentinian 18-year-old Gustavo Fernandez, who may just be the story of 2012 thus far.

Unknown to the world at this time last year, Fernandez could become the first South American to medal in Wheelchair Tennis at the Paralympics. He is No. 1 in the world in the junior rankings, and after winning gold at the 2011 Parapan American Games and taking the Japan Open title this year has risen to No. 5 in the men’s singles rankings.

With a large fan base and some upsets against the world’s best on his resume, Fernandez could shock the field in London.

Let’s not forget Great Britain’s Gordon Reid as well, who is No. 9 in the world, but with the host nation crowd behind him could feel like world No. 1.

Do not be surprised to see Reid, or even Sweden’s Steffan Olsson, the Netherlands’ Ronald Vink or France’s Michael Jeremiasz on the podium after the finals on 8 September.

In fact, do not be surprised by any results in the men’s Wheelchair Tennis competition. 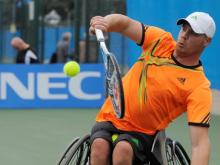