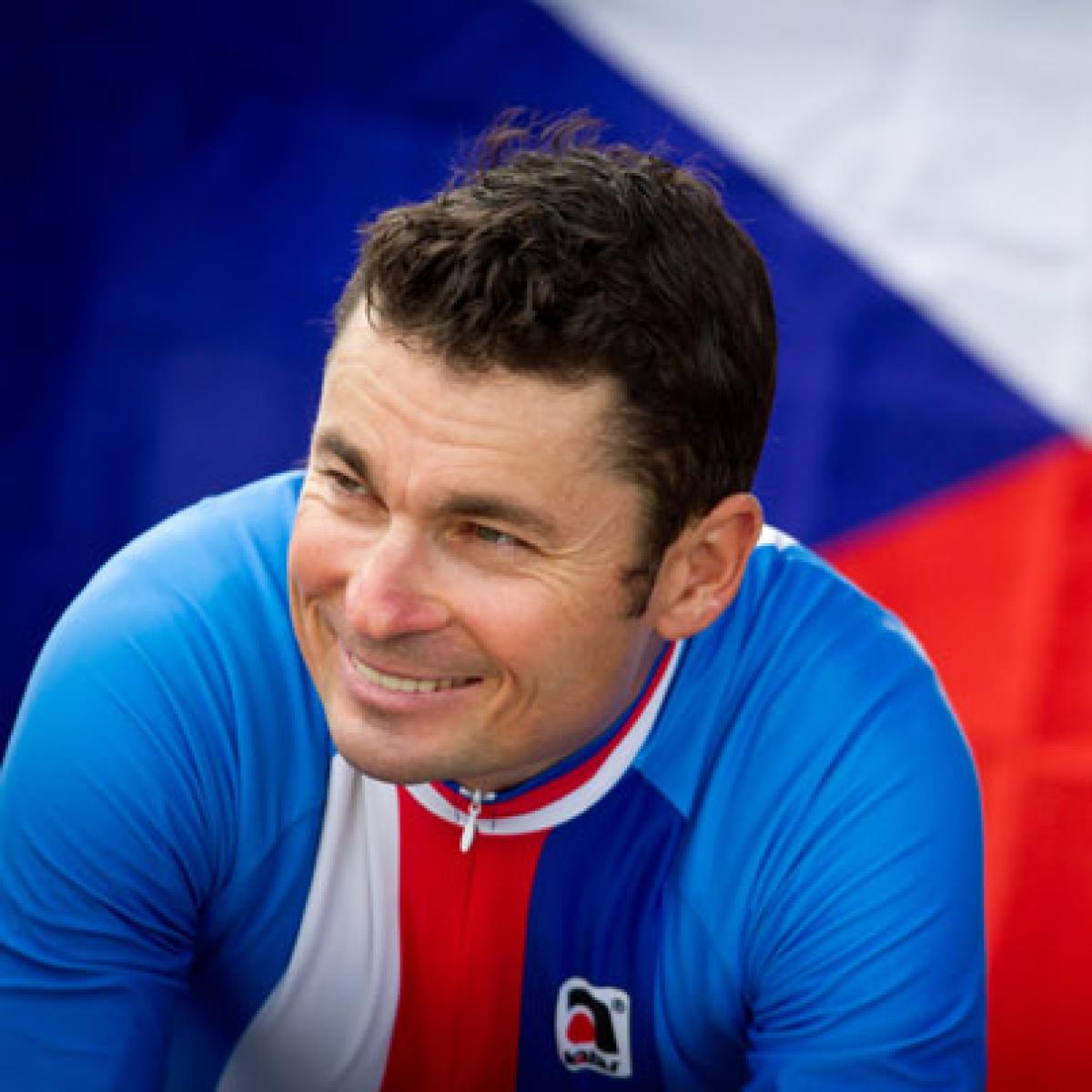 The Czech Republic's Jiri Jezk is one to watch on the cycling circuit.

“I think it’s the most important thing that if you want to do sport professionally at the best level, you have to have the support. I’m very happy to be with my wife all of the year. It’s a beautiful life.”

Czech para-cyclist Jiri Jezek is determined to win gold at this week’s UCI Para-Cycling Road World Championships in order to complete a clean sweep of major titles in 2011.

Having already defended his UCI Para-Cycling Track world title in March and finished atop the standings in this year’s UCI World Cup, the nine-time Paralympic Games medallist will aim to go three-for-three in Roskilde, Denmark.

From 8-11 September, he will be one of 358 athletes from 46 countries competing in the Championships.

“I’m not the rider who’s thinking about the other riders. Mostly, I’m focused on my (form) and trying to do my best,” Jezek said.

“It’s the same part of the year when we have the Games in London next year, so it’s a little bit like a test for me how to prepare.”

Jezek, who describes himself as a “climber,” said the course in Roskilde will be a nice challenge for him because it is so flat.

The 36-year-old veteran typically benefits from technical, hilly courses because he is much faster than his competitors on them, but with a flatter course it is a bit tougher for him to pull ahead at the finish.

However, Jezek, who has competed in the last three Paralympic Summer Games, said he is in the best shape of his life just a year out from London 2012.

“Para-Cycling is developing every year, so you have to be better every year.”

Should Jezek win gold at London 2012, he would become the most successful Paralympic cyclist ever, overtaking Great Britain’s Darren Kenny and Australia’s Christopher Scott.

Jezek added that there are so many up-and-coming riders in the sport, though, that competition actually seems to be getting stiffer with every event.

“I was the man who was increasing the level of cycling before,” Jezek said. “But the new riders are now younger and hungrier for the results, so it’s getting harder for me.”

At London 2012, It will be tough for Jezek to better his Beijing 2008 performance (two golds, one silver, one bronze), but he has been training against able-bodied competitors in recent years and has the experience in pressure situations to help him out.

In preparation for London 2012, Jezek does not have to worry about leaving his personal life in the dust while he trains, either.

His wife, a travelling singer, also acts as his manager, so she is able to go with him everywhere on the road.

“I think it’s the most important thing that if you want to do sport professionally at the best level, you have to have the support,” Jezek said. “I’m very happy to be with my wife all of the year.