David Prince feels quicker than ever ahead of US trials

With his recovery from an almost catastrophic injury now complete, the 400m T44 world record holder looks ahead to the US trials and World Champs in Lyon. 10 Jun 2013 By IPC

What a difference a year makes. Twelve months ago David Prince was worried. The American sprinter had just one week to get on track and prove that he was worthy of a place on the US Paralympic track and field team. He was the defending Paralympic national 400m champion but now even the prospect of completing the race hung in the balance.

Prince had every reason to be concerned – in December 2011 he suffered a serious injury to his leg, while playing with his son in their garden.

Just a few weeks earlier he had won gold in the 200m and 400m T44 at the Parapan American Games. Then, an awkward bounce on the trampoline, and suddenly he was contemplating his future as an athlete.

With severe damage to his knee ligaments, Prince underwent surgery. The prospect of competing at the 2012 Paralympic Games in London looked bleak. “At that point I thought ‘I am at peace with it, it’s not going to happen this time’,” he explained.

But a week after surgery, his doctor was stunned. Prince’s recovery was impressive, and sleeping in a hyperbaric chamber, his rehabilitation continued - first with swimming, then on a treadmill.

One week before the US trials Prince’s doctor released him to train. “I thought last minute, maybe I can go to trials and qualify,” he said. “I ran the 400m out in lane eight scared. I was scared to death as I couldn’t see anybody. I just ran as hard as I could and just barely qualified, and that gave me peace to take a couple of breaths and focus on the right process to get ready to run in London.”

Remarkably, Prince went on to set a new 400m T44 world record at the Games in London, clocking 50.61 seconds and clinching bronze in the process.

This time around the 29-year-old feels lucky to be lining up for the US trials next week in great shape.

Training alongside the likes of former world and Olympic 400m champion Lashawn Merritt, 4x400m Olympic gold medallist Demetrius Pinder, and with coach Loren Seagrave, at the IMG Academy in Florida “has been phenomenal,” and he is more determined than ever to go out and succeed, motivated by “having gone through everything that I’ve gone through, and learning all the lessons that I have learnt through the suffering and the pain.”

With his focus on the 400m, he has set his sights this season on running sub-50 seconds.

In New Zealand two years ago Prince took bronze over 400m behind Oscar Pistorius and David Behre. This time around, he is aiming to come back with gold.

“You never know - I don’t like to say yes or no - I like to say, I’ve been putting in the work and the practise times have all geared me up to that,” he said.

“I’ve been running some good competitive times. It always hinges on ‘can you stay healthy’, and ‘can you execute what you’ve been practising at the moment you need to’. I would love to go home with gold, and with world records - all I can do is focus on what I’m doing and continue to train and practise.

“I am the world record holder in the 400m T44 and everybody is chasing me, and I welcome that.

That keeps me motivated. Every athlete hates to get beat. You just work harder and you just work smarter.”

Of course for Prince it’s never completely straightforward - his wife is due to give birth in August, with the American aiming to be at the IPC Athletics World Championships less than three weeks before.

“I’m glad I don’t have to train in September to December,” he added. “We’ll keep the hyperbaric chamber in the baby’s room to try make up for missing sleep.”

The 2013 IPC Athletics World Championships will take place in Lyon from 19-28 July. Featuring around 1,300 athletes from 90 countries, it will be the biggest gathering of international athletes since London 2012. 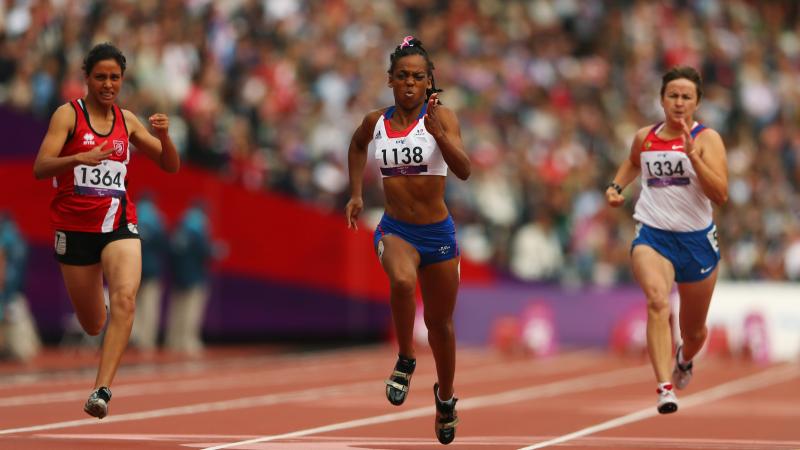 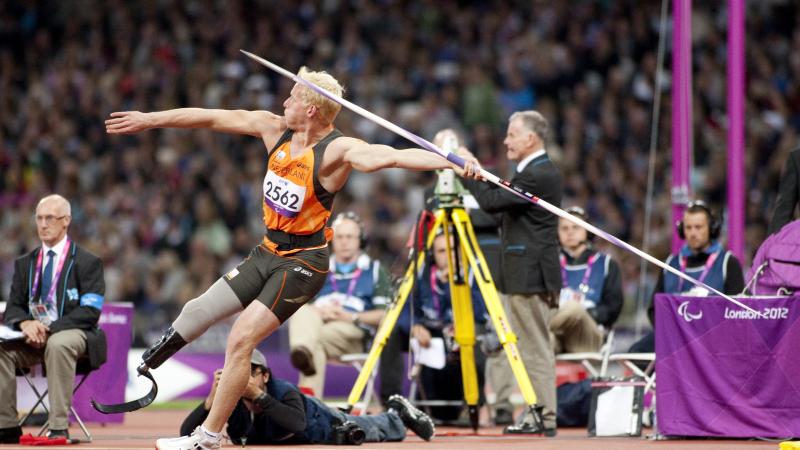