How do football 5-a-side players orientate themselves on the pitch?

The game uses a special ball with a bell inside that makes a noise as it moves to guide the players. Each team also has a guide behind the opponent’s goal to direct the players when they shoot. 04 Sep 2014
Imagen 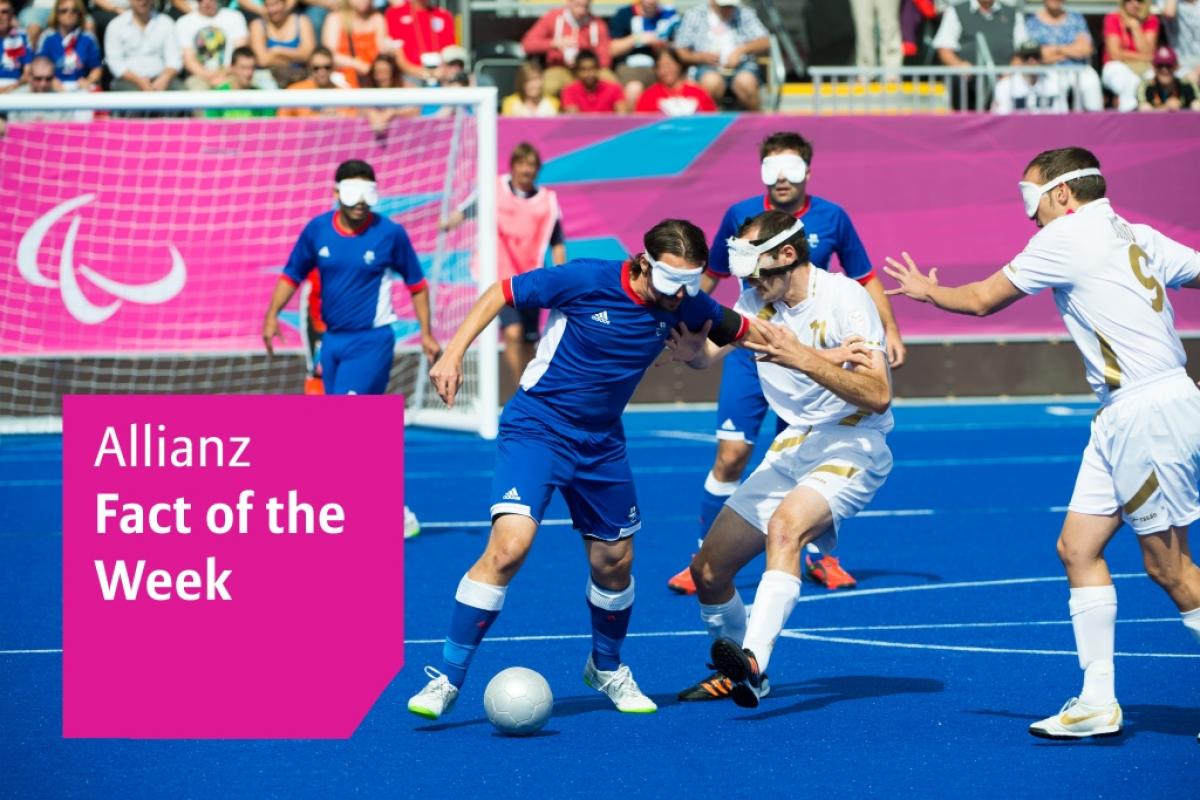 Matches are played between two teams, each with four athletes who have a B1 level of visual impairment and one goalkeeper who can be sighted or visually impaired (plus five substitutes). The goalkeeper must stay in his penalty area throughout the game, but can issue instructions to outfield players. All outfield players wear eye shades to make sure they compete on equal terms. As the pitch is surrounded with a rebound wall, there are no throw-ins, which results in a flowing and fast-paced spectacle. There is also no off-side rule. Matches are played over two halves of 25 minutes each, plus 10 minutes for half-time. Before attempting to tackle, players must shout the word ‘voy’ so that the person they are attempting to tackle is aware. This is designed to prevent injuries wherever possible. Players committing five fouls during one game are disqualified from the game.