‘Just another round’ for Dartanyon Crockett

Following the buzz around ESPN’s exclusive on Dartanyon Crockett, the American judoka will now compete at the IBSA Parapan American Championships. 10 Jul 2013
Imagen 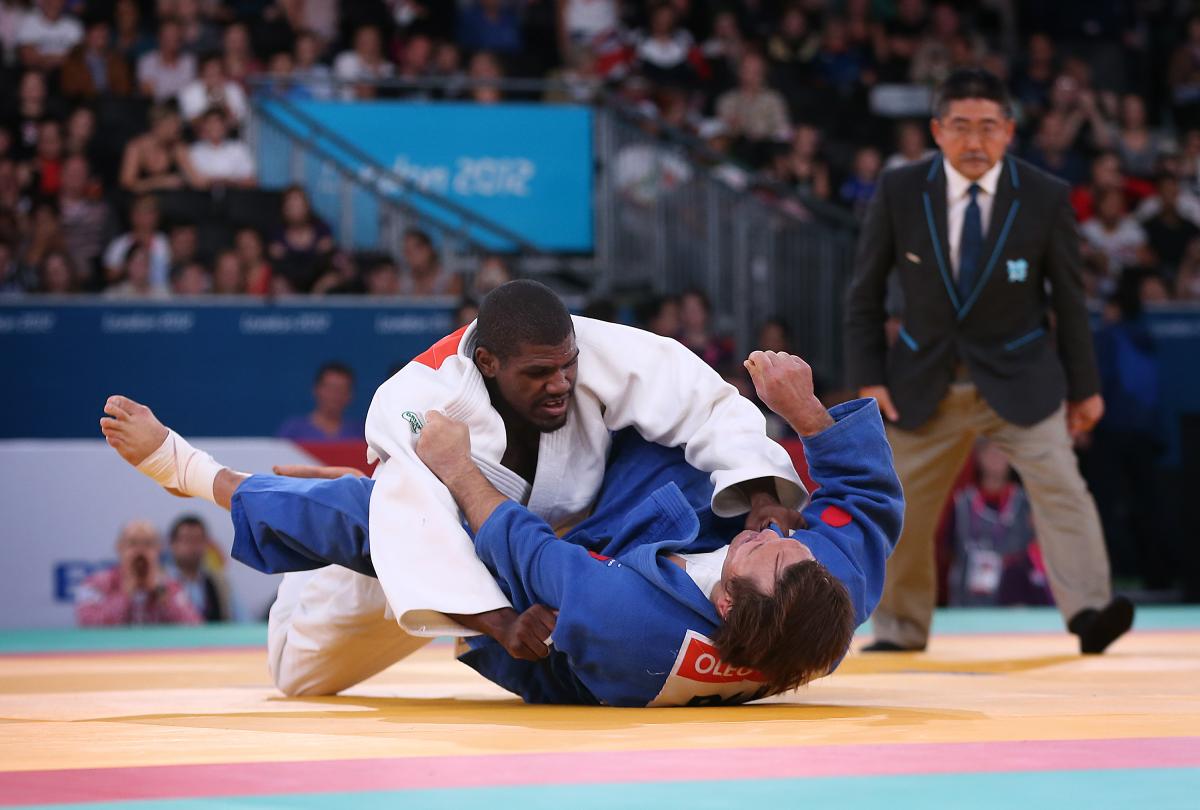 “You can’t count the guy out of anything. He’s done something that most people can’t dream of doing. I don’t see if by 2016 or by 2020 he can’t be in the running to make both (Olympic and Paralympic) teams.”

The story of American judoka Dartanyon Crockett has exploded across social media this week.

Crockett – a London 2012 bronze medallist – was originally chronicled in ESPN’s documentary “Carry On” in 2009, depicting his unique relationship with friend Leroy Sutton.

Last Sunday (7 July), ESPN produced a follow-up piece to the documentary on its exclusive Outside the Lines programme, which touched the hearts of millions of viewers.

Even Sports Illustrated’s Richard Deitsch sparked up a Twitter conversation about it with ESPN’s Dick Vitale.

In short, Crockett, a legally blind wrestler, formed a unique friendship with Sutton who lost his legs in a train accident and Crockett credits the show for where he is now.

US Paralympics originally saw Crockett’s story and extended an invitation for him to try various sports.

“He tried several different sports here and he seemed to really like judo,” said Ed Liddie, USA Judo’s Director of High Performance and Crockett’s coach. “We decided to take a chance on someone who had never done judo and let him come in and become a resident.”

Anyone who watched ESPN’s exclusive would say that chance paid off.

“We’ve been doing a lot of things here and there,” Crockett said. “The biggest and greatest door that (Carry On) has opened for me was Paralympic judo by far.”

Beginning his road to Rio

Still new to the sport, Crockett now remains focused on the 2013 IBSA Parapan American Championships for visually impaired athletes, which begin on Wednesday (10 July) in Colorado Springs, Colorado in the USA.

The Parapan American Championships will draw athletes from 18 countries, and it will be the first major competition for Crockett as he begins his road toward the Rio 2016 Paralympic Games.

“It’s just the beginning of a four-year run,” Liddie said. “We expect him to go in, fight hard, fight well, and if he does that he should come out a victor.”

The judoka portion of the event will take place on Saturday (13 July), as seven nations will take to the mat, including Brazil, Canada, Colombia, Cuba, Puerto Rico, USA and Venezuela.

The event will certainly be a hurdle for Crockett with Cuba’s Jorge Hierrezuelo, the London 2012 gold medallist in the men’s -90kg event, scheduled to compete.

“It should be a very challenging event and that’s what we want,” Liddie said. “Dartanyon was ready to go to the next level and we want to challenge him now for the next three, four years so when he goes back (to the Paralympic Games) he’s ready to get a different colour medal.

“You can’t count the guy out of anything. He’s done something that most people can’t dream of doing. I don’t see if by 2016 or by 2020 he can’t be in the running to make both (Olympic and Paralympic) teams.”

“I know what I can do and what I’ve done,” Crockett said. “I still, in my opinion, have nothing to lose and everything to gain.

But will the newly added pressure and exposure get to Crockett as he begins his road to Rio this weekend?

Not if he remains true to his motto on the mat, Crockett insisted.

“It’s just another round,” he said. 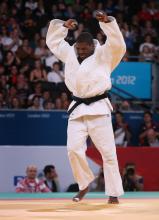