Israel’s Noam Gershony, a former combat helicopter pilot, is ranked No. 3 in the world in the quad singles division. He aims to challenge established players for gold at London 2012. 07 Jun 2012
Imagen 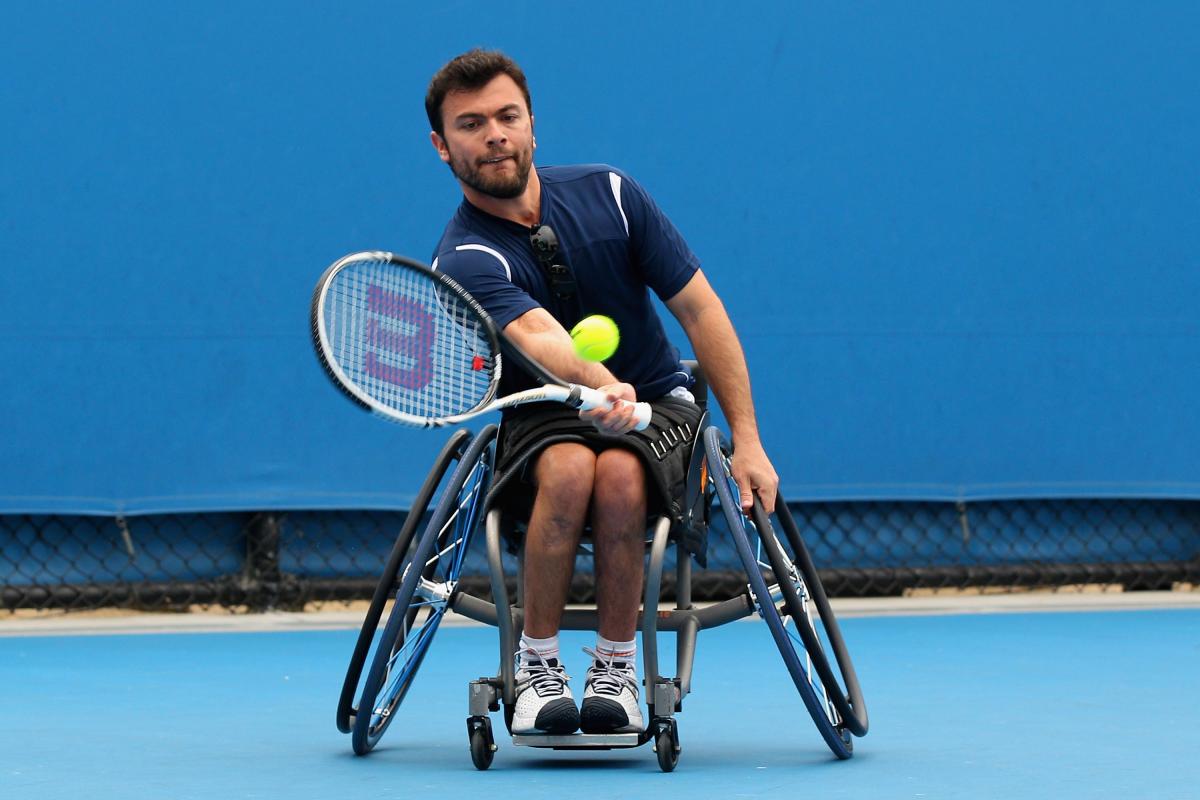 Israel's Noam Gershony plays a forehand earlier in the year at the Australian Open.

“I think it is one of the closest to able-bodied sports and there is an amazing level of players on the tour.”

Great Britain’s Peter Norfolk and USA’s David Wagner have finished atop the podium in the Wheelchair Tennis quads singles and doubles competitions at the last two Paralympic Games, but Noam Gershony, a former Israeli helicopter pilot, is ready to crack the podium at London 2012.

The 29-year-old is heading to his first Paralympics ranked No. 3 in the world in the quads classification, and he said the route to London has been exhausting, yet at the same time worth every minute.

“I am not ruling out a gold medal even though I may lack experience,” Gershony said. “First of all, I am happy to get there and I will have fun. I have not been playing long so I enjoy every new experience and I just remind myself it’s only a game and it’s fun.”

The right-handed hitter has climbed the Wheelchair Tennis charts quickly after picking up the game just six years ago.

In 2006, Gershony was the sole survivor of a helicopter crash in the Second Lebanon War that left him paralyzed. He started playing tennis as part of his rehabilitation in Tel Aviv, despite having just five tennis lessons total in his life before the crash.

“My co-pilot got killed and I was severely injured with broken bones,” Gershony said. “This gave me good perspective on what could have been.

“I almost got killed. I must make the most of it and make my life worth living and try to do good.”

Gershony has already had a breakout 2012 on the court, and it is only June.

To date he has compiled a career singles record of 67-21 and doubles mark of 24-15, though he knows his competition will be at its highest in London.

“Peter has more experience and has already done it twice before, and he will have home crowd. I hope I am not drawn against him,” Gershony said. “Then, David Wagner is always hard to beat.”

Gershony said he likes to keep his life balanced and in perspective, and he devotes most of his time to training and teaching mathematics to underprivileged children.

Wheelchair Tennis is what always keeps his energy rolling.

“I think it is one of the closest to able-bodied sports and there is an amazing level of players on the tour,” Gershony said.

“I hope to represent country in the best way I can and bring my ‘A’ game. It will be my first time to play in front of big crowd, and so I hope that it will not affect me in a bad way. Friends and family will also come and see me play for the first time so I hope not to disappoint them and the spectators.” 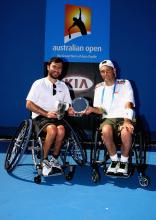 (L-R) Noam Gershony and David Wagner posing with their runners-up trophy after the Quad Wheelchair doubles final match during day eleven of the 2012 Australian Open.

Noam Gershony, No. 3 Wheelchair Tennis player in the World, in action.