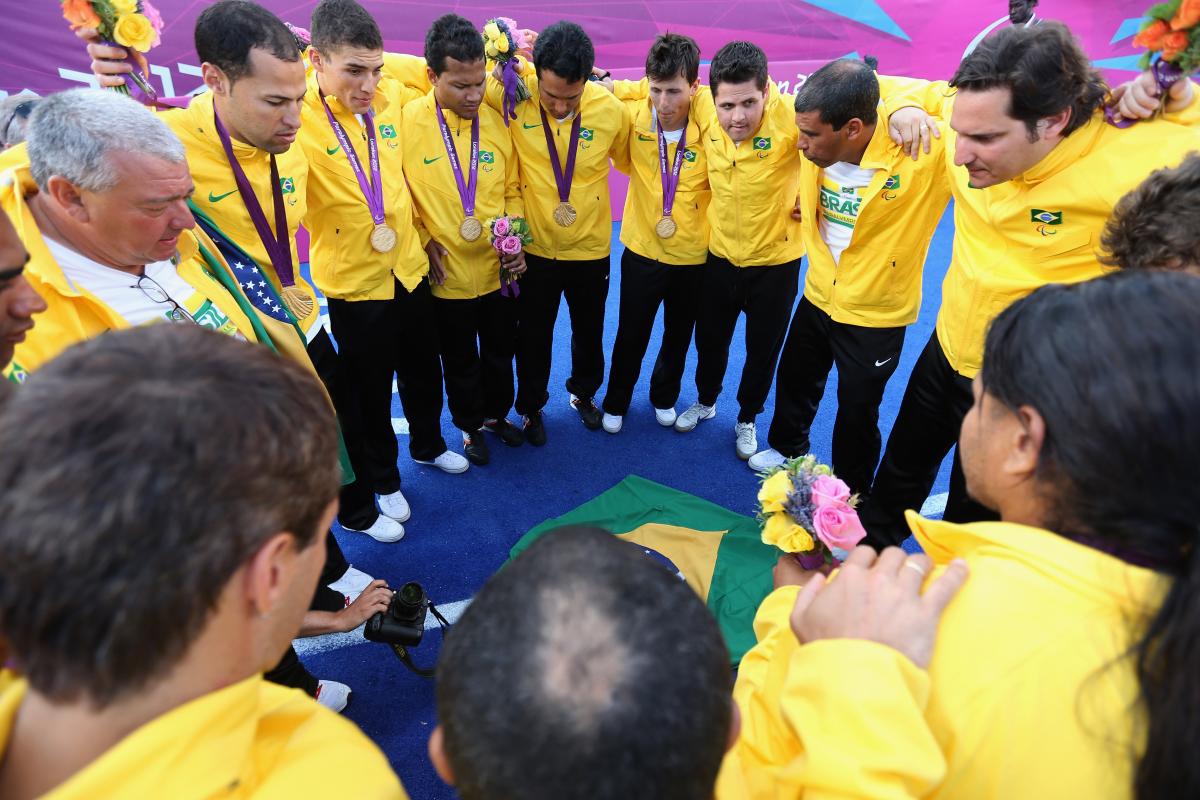 “We’ve never had and never will have an easy game against Argentina. The rivalry between the two countries is already a culture in any sport and has extended to the 5-a-side football.”

Two of the world’s biggest football 5-a-side teams – Brazil and Argentina – announced they will take to the pitch for a third time this year for South American bragging rights.

The pair have already locked horns twice this year in Mexico, with the first game ending in a draw and Brazil coming out on top in the second contest at the San Luis Del Rey Tournament earlier this month.

The Rio 2016 nation, who have won gold in football 5-a-side at every Paralympics, will now target another victory when they meet in the American Cup in September.

Fabio Luiz Ribeiro de Vasconcelos, 38, has stepped up as Brazil’s new head coach after a playing career in which he swept gold medals at three successive Paralympic Games as the team’s goalkeeper.

He spoke of how work has already begun in preparation for September’s game.

“Our expectations are very high,” he said. “I will have time to see all the players individually. I will work with them and discuss future tactics.

“Against Argentina we are going to be 100 per cent focused and determined to beat them. In the last 10 years we have become the more successful team, but if we lose the focus they can beat us easily.”

Vasconcelos, who was the first team goalkeeper from 2003-2012, won gold in Athens, Beijing and London, before moving to the coaching side in March.

He had his fair share of matchups against Argentina admitted ill-feelings haven’t been helped by controversial incidents in recent years.

“The rivalry between us is huge,” Vasconcelos said. “We’ve never had and never will have an easy game against Argentina. The rivalry between the two countries is already a culture in any sport and has extended to the 5-a-side football.

“The rivalry between us makes every game tougher than the one before. Brazilian football is more technical, confident and aggressive, whilst the Argentine’s style is mainly about will and commitment. When the two teams are playing against each other those characteristics go away and it ends up making the game harder for both sides.”

The biggest over-flow of passion came at Athens 2004, as both sides were already through to the playoffs but had to meet in the group stage.

“The Argentines played their reserves to try to wind up the Brazilian players, as well as injure them. I remember it was a very physical game, like never before,” Vasconcelos explained.

“They played really aggressively that day and it looked like they were trying to lure our players into trouble. However, we ended up winning 1-0 and then beat them in the final on penalties, so we came out on top still.”

However, despite the resentment between the two camps, Vasconcelos has called for calm heads when preparing for the biggest game on the calendar.

“It is pretty much a personal feeling; I can only talk for myself,” he said. “I became more confident in my performances, I always improved each game and I did a good job (on defense). I don’t think I changed anything for Argentina, but I always excelled in the big games against them.

“There is no comparison between playing for your club and for Brazil. I really enjoyed representing the Brazilian team against Argentina. It was such a rush feeling.”