The South African became a global wheelchair tennis star after becoming the first from his continent to win a Grand Slam event. 15 Dec 2013
Imagen 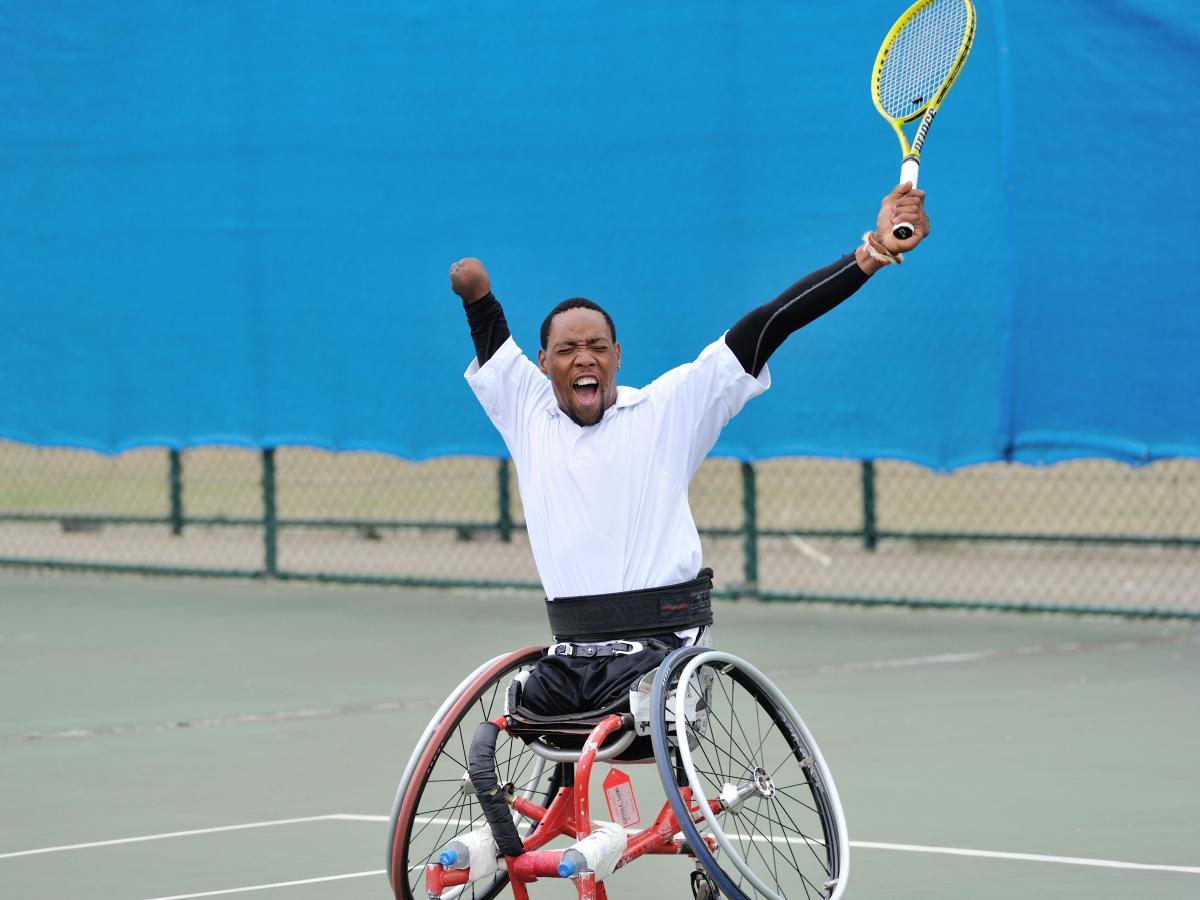 By Andrew Cross | For the IPC

“I never give up, so I decided to give it my best as I had nothing to lose,”

Lucas Sitholemade wheelchair tennis history in 2013, as he became the first African to win a Grand Slam event.

“It was the highlight of my career. It was awesome,” said Sithole.

“I did not think about becoming the first African or South African to win a Grand Slam. I was just excited to win it.

Sithole had already made history by simply qualifying for the final, making himself the first African, let alone the first South African to qualify for a Grand Slam final.

“I didn’t realise the importance until much later,” said Sithole’s coach, HolgerLosch.

“It was a great achievement to qualify for your first Grand Slam, but then to go out and win it that was really special.”

Sithole, now ranked as the No. 2 quads player in the world, had to face Wager twice at the US Open in New York to claim the ultimate prize.

“I had beaten David before, both at other events and in the round robin,” said Sithole.“David is always tough and I needed to work hard and play my best to beat him.”

In the final, Sithole lost the first set 3-6 but his motto “nothing is impossible” spurred him on for his victory.

“I never give up, so I decided to give it my best as I had nothing to lose,” said the South African.“I had to dig deep, change my game plan and work harder.”

After the Grand Slam victory, Sithole received tremendous acknowledgements from the South African Public and received numerous emails and Facebook and Twitter messages.

“We did not do something special or different during the week, we just continued with our work and preparations,” said Losch.

“In many things in life, it is hard work over many years that get you these kind of results.Lucas had to work hard for a long time to achieve this goal.”

Off the court, the South African star has recently started to record a CD.

Sithole comes from a Zulu background and his coach believes his CD is his remembrance of those roots.

But could this be a move away from wheelchair tennis and his plans to challenge for a medal at the Rio 2016 Paralympics?

“It is an interest,” said Sithole.“I have always loved music and wanted to record a CD, but my focus is to do well in the Paralympics.”