No. 20: Choi vaults from hospital bed to podium

Korea’s Gwang-Geun Choi wasn’t even expecting to make the judo podium at London 2012, two weeks after getting out of the hospital, but he came away with gold. 12 Dec 2012
Imagen 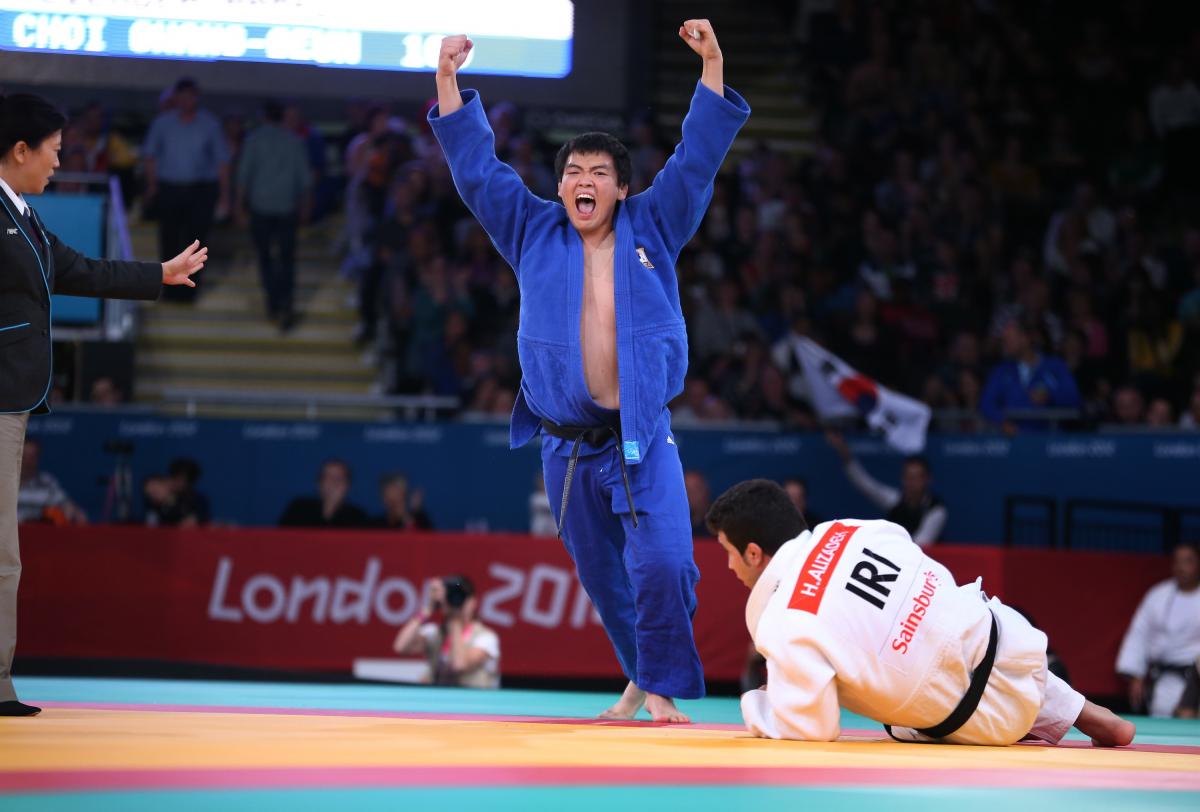 The most inspiring part of Gwang-Geun Choi’s London 2012 appearance is not the fact that he won gold for Korea in the men’s -100kg judo competition.

It is what he overcame to get to the top.

Just two weeks prior to stepping onto the mat at the ExCeL, Choi was lying on a hospital bed, recovering from an operation to heal the inflammation in his lower left leg.

He had cellulitis just above his left ankle, which is a common skin infection caused by bacteria, and he was required to remain in the hospital for an entire week to recover before heading to London.

Taking that into account, in addition to being worried about his mother who was sick back home, Choi could not have asked for a better three bouts on the mat.

“I still can’t believe that I won the championship at London 2012,” Choi said recently. “It was so unexpected and I felt like I was flying the sky.

“I had to go to London before I recovered perfectly. But still I had a strong belief that I could perform my best, as I trained.

“My mum was a little sick before I went to London. But when I returned she got much better, and I was happier to see her in good health than the fact that I gained gold in London. I believe that my mum recovered by hearing the good news that I won the championship.”

After swiftly beating Great Britain’s Joe Ingram in the quarter-finals and Iran’s Hamed Alizadeh in the semi-finals, the 24-year-old took just 45 seconds to achieve ippon against the USA’s Myles Porter in the final round, at which point he immediately dedicated his victory to his mother.

“My toughest match was against Joe Ingram,” Choi said. “I wasn't perfectly ready for the match since it was my first match on such a big Paralympic stage, and the match was against a British athlete. I felt all spectators cheering him on, and felt nervous because of my bad condition.

Choi’s triumph also meant there was no fairy tale fifth Paralympic gold medal for veteran Brazilian judoka Antonio Tenorio, who finished with a bronze after progressing through the repechage.

It was a changing of the guard in Paralympic judo.

As one of Korea’s nine gold medallists from London 2012, the pressure is now on Choi to uphold his title as he prepares for the 2014 Asian Para Games and the Rio 2016 Paralympic Games.