Striker Jeferson Goncalves scored half of Brazil’s goals at London 2012 to lead the football 5-a-side team to their third consecutive Paralympic title in the sport, making it into the top 50 Paralympic moments of 2012. 11 Dec 2012
Imagen 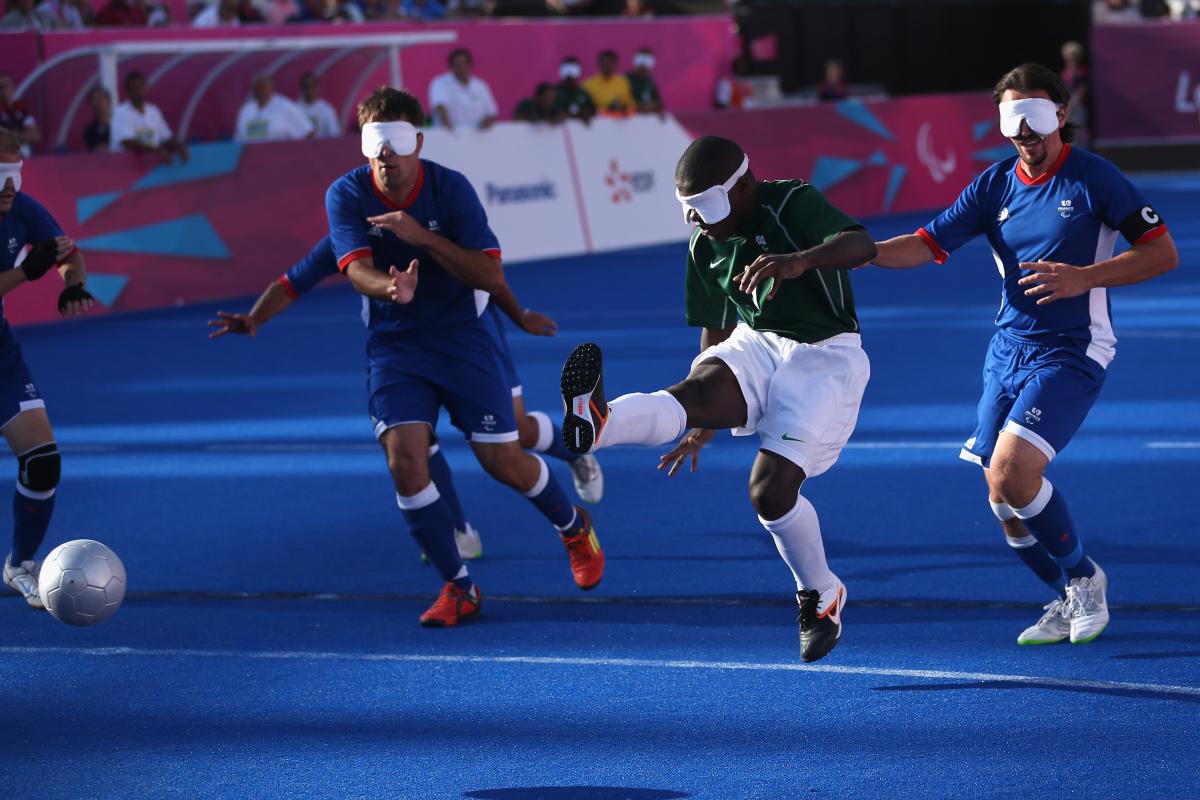 Brazil’s football 5-a-side team have never stood anywhere other than the top of the podium at the Paralympic Games.

That statement still rings true today, as the squad remained the kings of football with their third consecutive Paralympic gold in London this summer.

Led by Jeferson Goncalves, known as “Jefinho,” Brazil defeated European champions France, 2-0, in the gold-medal game at Riverbank Arena to remain the only country to have ever won a Paralympic title in football 5-a-side since the sport was added to the Games programme eight years ago.

“It's where every athlete dreams and wants to get,” Goncalves said. “It's great to be among the best and be part of the history of Brazil's achievements in football 5-a-side.”

The French came into the final game in London having not conceded a single goal throughout the tournament, but that record was quickly tarnished by the Brazilians.

Gabriel da Silva scored on a penalty just 22 minutes into the game, and Goncalves later claimed the final goal to seal France’s fate in the closing stages.

On a brilliant solo run and finish, he skipped past three players, forcing the ball over the line after it deflected off goalkeeper Martin Baron’s hands.

“The feeling of scoring a goal in the final was very good,” Goncalves said. “It was a feeling of accomplishment, of being part of a very important moment.”

Brazil did not lose a single game this summer in London, with their closest result being a 0-0 tie with France in the preliminary round. A 4-0 victory over Turkey and a 1-0 win against China in pool play, as well as a tight 1-0 shootout result against Argentina in the semi-finals showcased the Brazilians’ true athleticism and dominance as a football nation.

“Each year, every Paralympic cycle, the football 5-a-side grows and new forces appear,” Goncalves said. “To keep us the best is very difficult.

“All countries are evolving and we also have to evolve more. China and France surprised in London, and I think the trend is that other countries will evolve and the technical level will rise even more.”

Goncalves scored half of the team’s goals in London – four of eight – and solidified himself as one of the world’s best players.

With Brazil hosting the next summer Games in 2016, Goncalves said he noticed an increased attention to the football 5-a-side competition when he arrived back home.

“Our family and friends were waiting for us at the airport,” Goncalves said. “We celebrated a lot. The press coverage has improved greatly and the people who stayed in Brazil saw and followed our games in London very well.”

Goncalves said the players had an unforgettable team-bonding celebration after what proved to be a more difficult tournament than they had expected, and he hopes it has provided them with further motivation to carry on for another four years.

“Hopefully, in 2016, I can represent Brazil and the whole world can know and follow football 5-a-side, which is a very beautiful sport to watch and exciting,” Goncalves said.

“I will continue training and working to be on Brazil's team, and that despite having guaranteed a place in the Rio Paralympic Games, we want to continue with another title.”