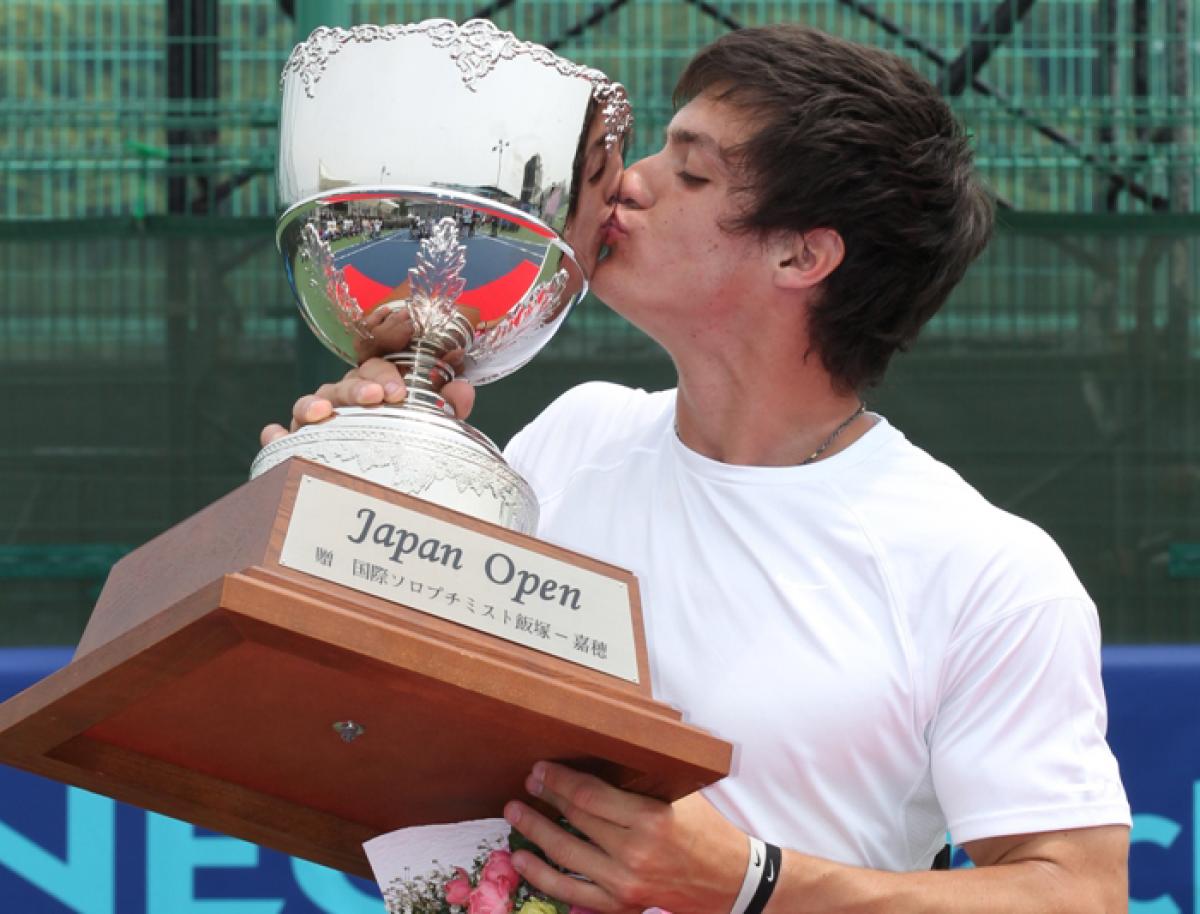 Gustavo Fernandez won his first career Super Series tournament at the Japan Open at the age of 18.

At the Japan Open from 12-16 May, after defeating Australia's Ben Weekes in the opening round, Fernandez pulled a major upset, stunning then-world No. 1 Maikel Scheffers of the Netherlands in three sets.

He then went on to defeat Belgium's Joachim Gerard and the Netherlands' Ronald Vink before upending current world No. 1 Stephane Houdet of France in the finals in straight sets.

With the tournament win - his first wheelchair tennis Super Series victory - he moved into the top 10 of the world's men's singles rankings for the first time in his career and relayed the message that age was not a factor on the court.

"I hope that scares people when they play me,” Fernandez said of his path to winning the Japan Open.

"The match with Scheffers was everything. Once I won that match I had all the confidence I needed to keep moving forward.

Fernandez was voted the IPC’s Athlete of the Month for May by the public after his performance, and the following week he won all four of his matches at the Korea Open to take the title with a 6-2, 6-0 victory over Great Britain's Gordon Reid in the finals, vaulting himself to world No. 9.

Later this year, he made it to the singles quarter-finals at London 2012 and now he is ranked No. 5 in the world.

The Argentinian comes from a family where sports are everything. His father, also named Gustavo, had a successful 17-year professional basketball career in Argentina, where he played for a number of teams and won five national championships.

His brother, Juan, 22, now plays professional basketball in Italy after making a name for himself playing college hoops at Temple University in the USA.

Fernandez, meanwhile, has been in a wheelchair since he was just over a year old, when he fell out of a chair and suffered a type of spinal-cord injury that he said just one in six million people have.

His other major breakthrough in wheelchair tennis came when he won singles gold at the 2011 Parapan American Games in Guadalajara, Mexico, an accomplishment that also truly made him feel a part of his sporting family.

"It's a dream come true," Fernandez said. "Because of my impairment, I didn't think it would be possible to do sports at first. But I dream like they do, and with all the contacts I've had in sports, I always thought of myself as a sportsman. 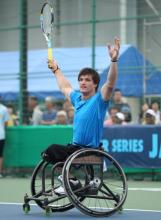 Gustavo Fernandez celebrates his victory at the Japan Open in May of 2012.