No. 50 Ryzhkova steals all singles titles in wheelchair dance 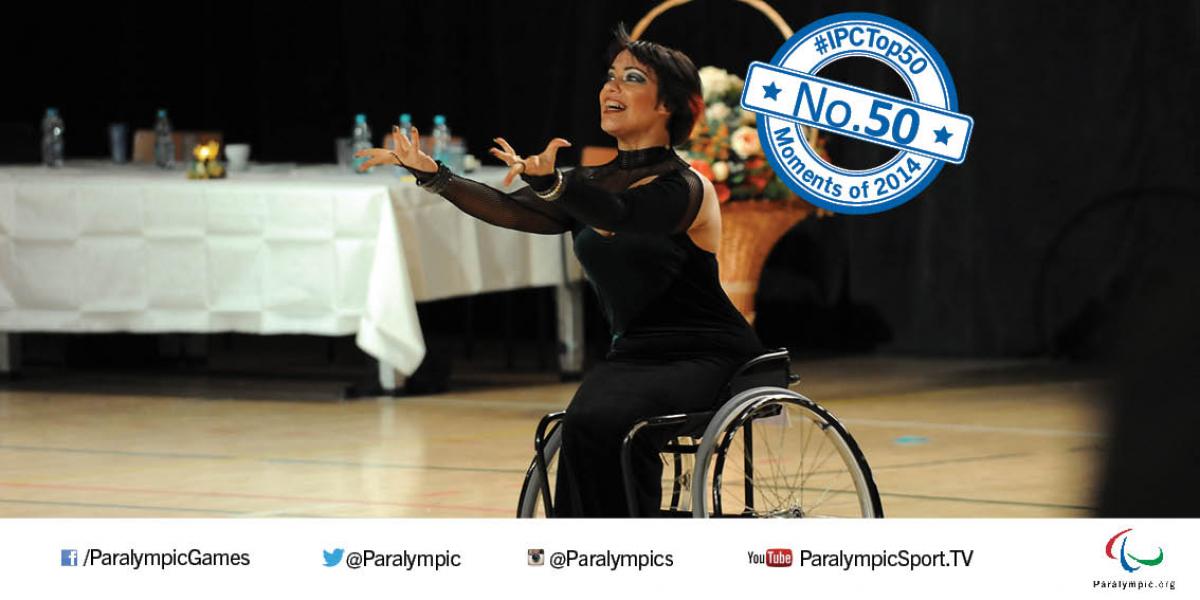 “I felt the joy of understanding that I can dance alone in a wheelchair and express my emotions.”

In 2014 one dancer, Russia’s Galina Ryzhkova, took the new singles events in wheelchair dance sport and made them her own, winning all possible titles on offer.

The 34-year-old, born in St Petersburg, was already a world champion in the combi Latin class 2 with partner Viacheslav Osipov. Now she is the European and Continents Cup women’s singles and freestyle champion.

“I felt the joy of understanding that I can dance alone in a wheelchair and express my emotions,” Ryzhkova said when asked about her feelings for dancing solo.

This year, the perfect opportunity presented itself for Ryzhkova, who has been dancing since 2007, following the introduction of the women’s individual dances in August 2014.

The IPC Wheelchair Dance Sport Continents Cup, held in St. Petersburg, was to be the first competition to feature the new events giving the Russian the chance to make her mark at home.

Between 13-15 September, Ryzhkova worked the dance floor and debuted some innovative moves to impress the judges time and again.

“Singles gives a dancer a possibility to develop, and everything which we are doing in singles can be used when you are in couples,” she said. “You become better in couples as well.”

In the freestyle class 2, she ranked highest across all areas of technical skills, choreography and presentation and difficulty level, scoring an 8.767, 9.167 and 1.340 for a combined score of 24.031. In the single ladies class 2 she was just as successful.

Fast forward three months and Ryzhkova proved she was the best in Europe at the 2014 IPC Wheelchair Dance Sport European Championships in Lomianki, Poland.

Bringing her best freestyle performance, Ryzhkova improved on her Continents Cup score in all but the technical skills, finishing with a total of 25.983.

She also won gold in the single ladies, giving her four titles in total for 2014, as well as five golds in the combi Latin class two couples dances with Osipov from competitions in Serbia, Beijing and Russia.

Speaking of the benefits of the new events on the couples, Ryzhkova said “[Individual events bring] the possibility to develop in other areas and the possibility for those who cannot find a partner or even do not have this opportunity, to dance and compete.

In addition to the introduction of the individual events, 2014 has also seen the sport execute the most comprehensive calendar yet.

Eight events were sanctioned, including the very first Asian Pacific Cup in Beijing, China, and other competitions in Serbia, Russia and Belgium.

The Incheon 2014 Asian Para Games also featured wheelchair dance for the first time, representing the growth of the sport in the region.