One London 2012 qualification spot will be up for grabs in Guadalajara. 17 Oct 2011
Imagen 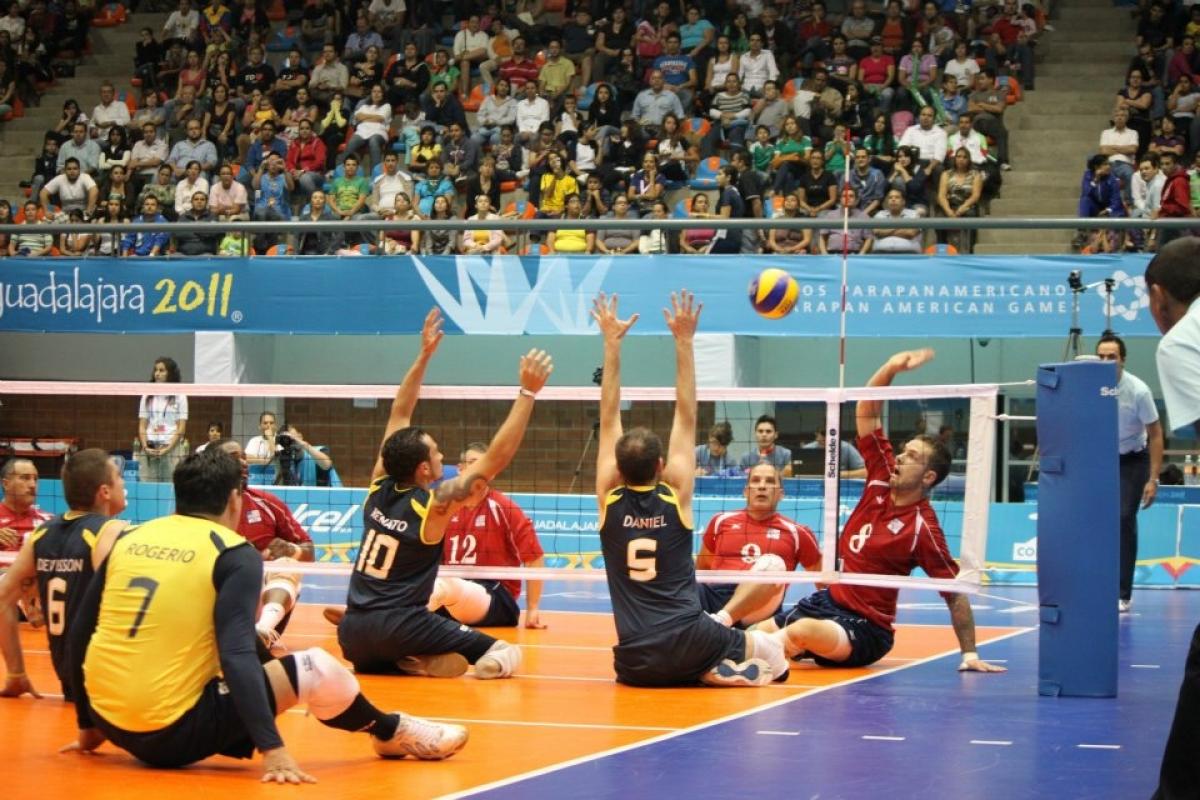 “We need to be careful because being the favourite is always dangerous."

Editor's Note: Prior to November’s Parapan American Games in Guadalajara, Mexico, the International Paralympic Committee (IPC) is counting down the top 10 storylines to watch. Today, at No. 9, we feature the men’s Sitting Volleyball competition.

The men’s Sitting Volleyball competition at the Parapan American Games in Guadalajara, Mexico, next month will be all or nothing for six teams.

Canada, Costa Rica, Colombia, Mexico and the USA will all challenge the defending gold medallists and favourites, Brazil, for a single qualification spot at the London 2012 Paralympic Games.

After an eighth-place finish at the 2010 World Championships – the highest of any team from the Americas – and with increasing support from a nation where volleyball is king, the expectations for Brazil are higher than ever before.

But Daniel Jorge da Silva, who has been a part of the Brazilian national team since 2007, does not want to become complacent before the competition even begins.

“We need to be careful because being the favourite is always dangerous,” da Silva said. “In 2007, the USA was the favourite, and we defeated them.”

Da Silva noted that his team has competed in several major tournaments this year to prepare themselves, including the Sarajevo Open in Bosnia and the Continental Cup in Great Britain, and that several of its members have also gained experience playing for their respective local clubs.

Olympic gold medallist Amauri Ribeiro, who coached the sitting team from 2004-2009, is now aiming to make Brazil’s squad an international powerhouse as the President of the Brazilian Association of Paralympic Volleyball.

Defending world and Paralympic champion Iran and runner-up Bosnia and Herzegovina have separated themselves as the world’s top two squads today, but a more mature Brazilian squad with a new coaching staff would like to change that.

“I believe it will happen pretty soon,” da Silva said of his team’s rise to the top. “For London 2012, I believe that reaching the podium would be a great achievement. But for Rio 2016, we will definitely be fighting for gold.”

A strong contingent from the USA that finished 10th at last year’s world championships should provide the toughest test for Brazil, while Canada and Colombia could play spoiler roles.