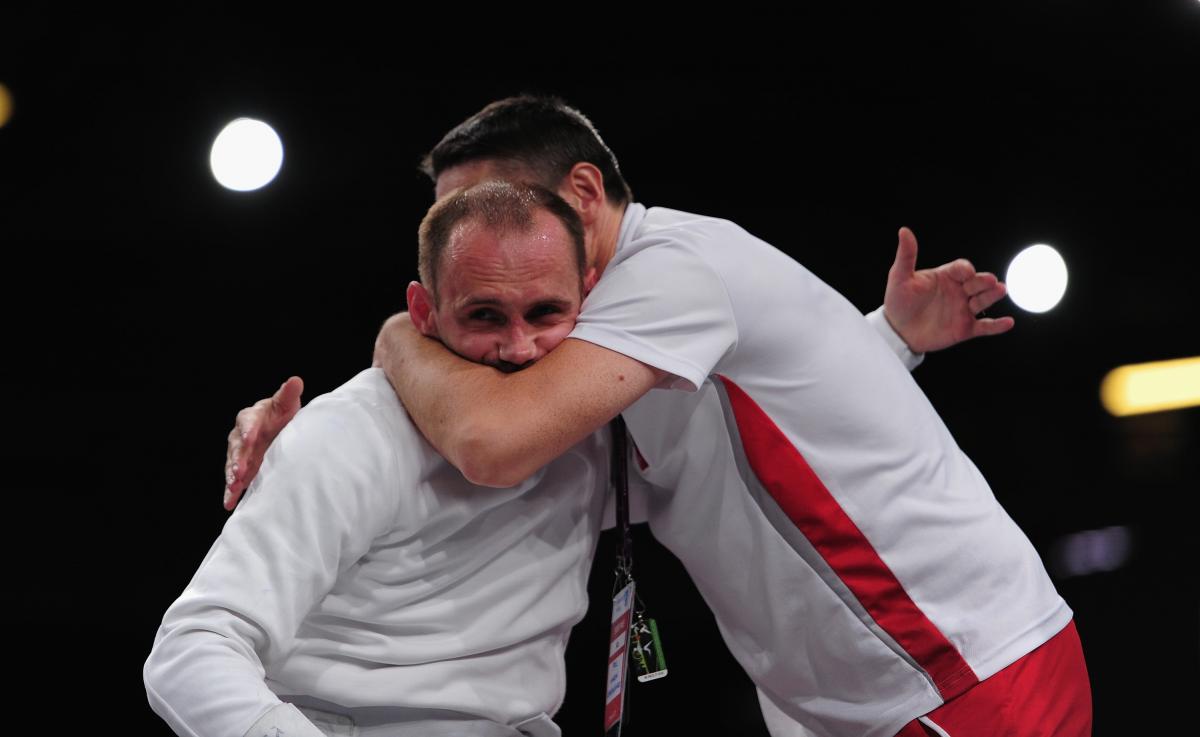 “I’m now chilled and laid back, because I’ve got the result I wanted."

Poland’s Dariusz Pender admitted his men’s epee category A final against France’s Romain Noble had gone “much better than expected” after he won 15-9 to justify his No. 1 seeding.

Pender never trailed in an all-European final after racing away to an early lead.

A tight beginning eventually opened out when Pender surged 7-2 ahead by the end of the first period.

His defence was superb, consistently denying Noble’s attacks before scoring with devastatingly quick counters to keep his tally ticking over.

In a further blow, Noble was shown a yellow card before the end of the first period, and the Frenchman never seemed to have control.

Noble admitted: “I started on the wrong foot at the beginning. I did not start very well at all.

“I missed a lot of shots against him and he was much more efficient than I was. I could have concentrated a bit more.”

For Pender, the relief was palpable. Noble appeared to have the better of the opening stages of the second period, briefly narrowing the gap to just four points, but Pender kept his opponent out of reach.

By the start of the third period, he led 14-7, and although Noble landed two quick strikes to make it 14-9, it was Pender who scored the match-winning point.

“I prepared for this final with a high level of emotion,” he said. “I’m now chilled and laid back, because I’ve got the result I wanted. My plan was to come to the final, but the result was much better than I expected.

“In the morning, things didn’t go look so bright, but the situation has changed now.”

Apart from the gold medal, Pender insisted it was the manner of his performance that had given him most pleasure.

On the sport’s biggest stage, he remained composed, sharp and alert to take the title.

“I’m very happy,” he said. “I got off to a good start from the beginning and kept controlling him until the end.

“Everything was under control and nothing was left to luck, but I’ve no plans to celebrate. I’m just pleased to have done so well.”