Switzerland’s Silvio Keller Will Be Full of Surprises in London 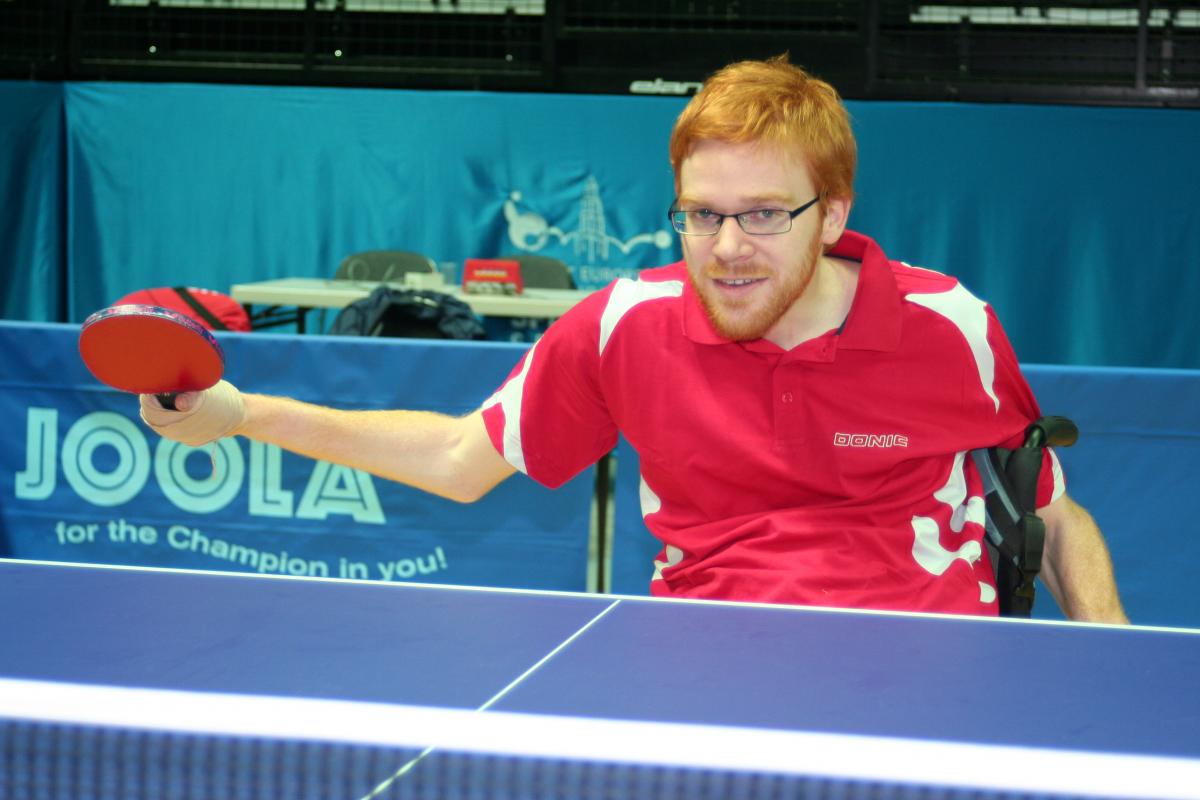 “I’m hardly the favourite for London. However, in 2006 at my first World Championships, I was ranked number 13. If everything comes together, I’m capable of surprising everyone. I’m convinced of that.”

Ranked number 10 in the world for Para-Table Tennis Class 1, Switzerland’s Silvio Keller has an outside chance of medalling at the London 2012 Paralympic Games, but that’s not going to stop him trying.

“I’m hardly the favourite for London. However, in 2006 at my first World Championships, I was ranked number 13. If everything comes together, I’m capable of surprising everyone. I’m convinced of that,” said Keller, who has already met the London 2012 qualification criteria.

“If I get selected for London, medalling would be my goal. At big events a place on the podium is all that counts and taking part is just the first step.”

With no more big competitions before the London 2012 Paralympic Games in August this year, the 28-year-old plans to thrash it out against his rivals at world ranking events. He hopes to use these events to develop and refine his game-plan.

“I’m trying to test out one or two things and make a few adjustments. I don’t want to reveal all my tactics to my Paralympic rivals,” he said. “It’s likely to be exciting and intensive weeks ahead.”

Keller, who is paralyzed from the chest down and partially in his arms and fingers, is also concentrating on strength training because many of his opponents have a lower level of paralysis than him.

“My goal is to keep the rallies as short as possible and end them quickly and build on my strength. I’ve got a good serve and can position the balls directly behind the net, so that my opponent can’t reach them. I also see myself as mentally strong,” he said.

His mental strength has allowed him to move on from an accident in 2002, which left him paralyzed. During military training, he jumped into the Rhine, hitting his head on a rock. The accident left him more determined than ever.

“I set myself new goals,” he said.

Keller now trains in Basel and regularly plays against able-bodied players who are often taken aback by his Table Tennis skills.

“Those who don’t know me, start the game hesitantly out of pity. This doesn’t last long. We don’t need pity. We’re athletes and want to win just like anyone else.”