Vergeer Aims to Continue Unbeaten Streak at US Open 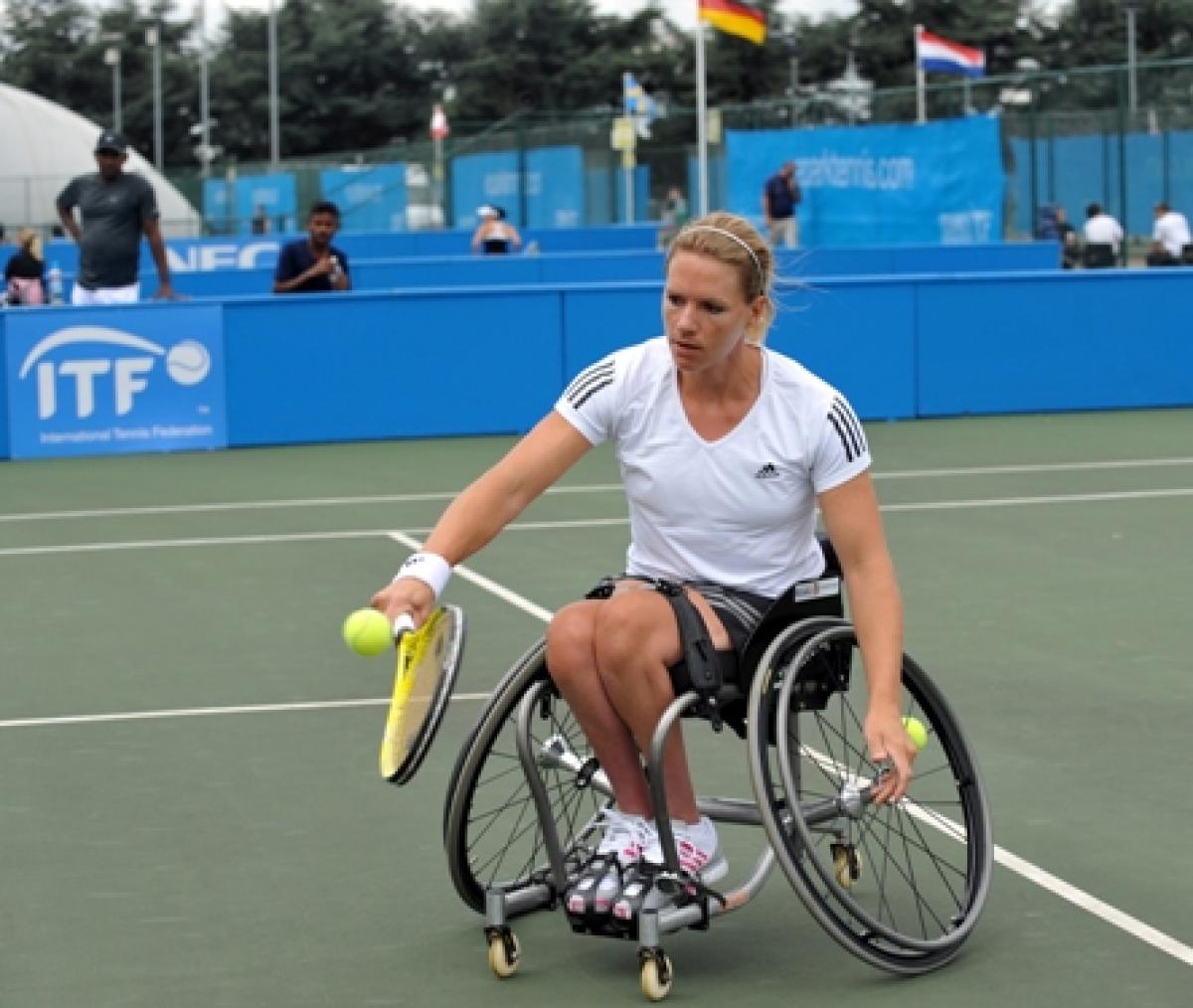 Esther Vergeer is a phenomenon.

Vergeer has already won singles and doubles titles at this year’s Australian and French Opens, and a doubles title at Wimbledon.

All that is left for a 2011 Grand Slam clean sweep is a victory at the US Open, which takes place 8-11 September.

The Paralympic gold medallist from Beijing, who is fresh off a victory at last weekend’s US Open Super Series in St. Louis, USA, admits her winning streak could potentially be damaging to Wheelchair Tennis because people may not take the sport seriously.

“I think it would be good if I lost, but I’m not going to lose on purpose. The other girls will have to work harder and find a way to beat me,” she told the International Paralympic Committee’s (IPC) magazine, The Paralympian.

But the 30-year-old Dutchwoman’s journey to the top has not always been smooth sailing.

Vergeer lost the use of her legs at 8 years old after doctors had to operate on her spinal cord. The surgeons removed some crucial nerve endings, and when she woke up after the operation, she was unable to walk.

At first, she struggled with fitting back into everyday life. She then started playing sports at a rehabilitation clinic, where she met Monique Kalkman, the world’s No. 1 Wheelchair Tennis player at the time.

“She was my role model and became my idol. She inspired me to play tennis,” Vergeer said. “Sports made me realize what I could still do and made me overcome and accept my disability.”

Twenty-eight years later, Vergeer herself has become the world’s clear No. 1 Wheelchair Tennis player on the women’s side.