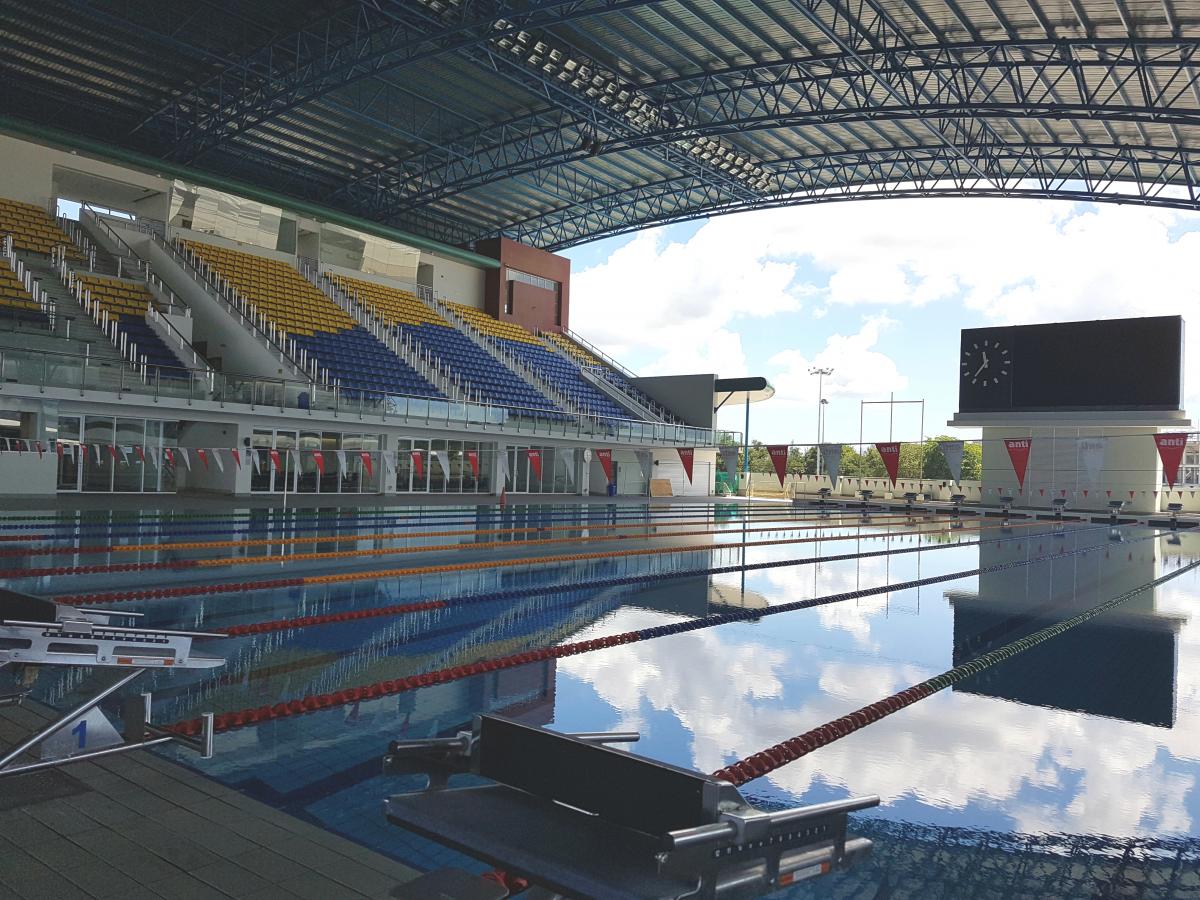 The Pandelela Rinong Aquatic Centre can hold more than 2,000 spectators

The 2019 World Para Swimming Championships will be held in Kuching, Malaysia from 29th July to 4th August 2019. Featuring around 600 athletes from 60 countries, the event is organised locally by the Paralympic Council of Malaysia (NPC Malaysia) and the State Government of Sarawak. This local organising committee is known as Kuching Para Swimming Organising Committee 2019 (KUPSOC2019).

The competition will be held at Pandelela Rinong Aquatic Centre. This state-of-the-art swimming and diving facility is named in honour of Malaysia’s diving queen, Pandelela Rinong Pamg who won medals at both the Rio 2016 Olympic and London 2012 Olympic Games.

All four are built in compliance with the latest International Swimming Federation (FINA) Standards 2013-2017 and are approved by the Amateur Swimming Union of Malaysia.

Full details of the Pandelela Rinong Aquatic Centre can be accessed at:

Since it opened in 2016, it has played host to the Malaysian Games (Swimming & Para Swimming) and numerous other major swimming events.

The centre is 18km from Kuching International Airport (KCH) and within 15 minutes’ travel to downtown Kuching City.

About the host city

Kuching is the capital city of the State of Sarawak; one of the 13 states in Malaysia.

Sarawak, also known as “Land of The Hornbills”, is the largest state in Malaysia and is in the Northwest of Borneo Island, the third largest island in the world and the largest in Asia.

Kuching is the economic centre of the state and seat of the Sarawak State Government. The city is situated along both banks of the Sarawak River with a current population of about 400,000 comprising Malays, Chinese, Ibans, Bidayu dan and many other minor groups in a multi-cultural and multi-religious environment. The national language is Malay (Bahasa Melayu). However, English and Mandarin are widely used in most areas.

Kuching means cat in the local Bahasa Melayu language. This is a vibrant city which maintains several museums showcasing its culture and history. Located in a tropical island surrounded by tropical rainforest, Kuching offers all the attractions of flora and fauna found in tropical paradises.

Kuching has hosted the Rainforest World Music Festival (RWMF), an annual music festival which brings performers and spectators to the region from all over the world. This festival takes place a couple of weeks before the start of the World Championships.

The city is well visited by tourists from around the world and has numerous attractions for all kinds of enthusiasts – whether its historical, cultural, naturalists, spicy seafood and lively contemporary entertainment – the city offers it all.

The transport system includes both land and water-based vehicles. Hotels and shopping malls are a plenty spread city-wide. Kuching is indeed a gateway to numerous great attractions in Sarawak.