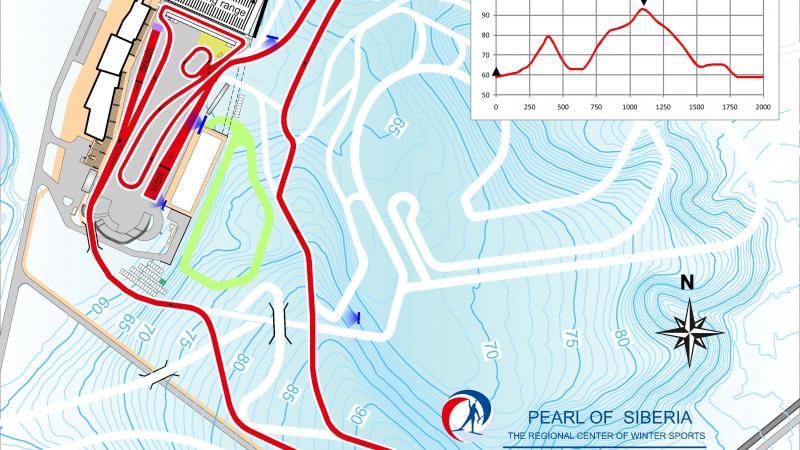 A map of the La Molina slopes 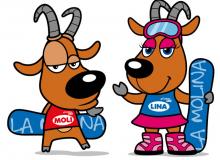 Moli and Lina, the two mascots of La Molina

La Molina is a ski resort in the Pyrenees to the north east of Spain close to Girona.

It first became popular with skier in the winter of 1923-24 thanks to the arrival of the first train in 1922.

It is the site of the first ski lift in Spain, opened on 1943, and on 28 February 2013, just after the World Championships, it will celebrate its 70th anniversary. Spain's first ski school was also opened here in 1944.

With nearly 100 years of operation, La Molina has the experience to maintain its position as one of Spain's premier ski resorts offering the latest technology and services. Recent expansions were engineered to respect the environment and the needs of the customers. As a result La Molina has received the awards ISO 14001 for the Natural Environment and the "Q" of Tourism Quality.

Today in La Molina is a resort with innovative and a modern sporting spirit with a modern sporting spirit and family activities for all age.. With a total of 53 slopes (13 green, 16 blue, 17 red and 7 black) and 61km to ski, it features you all the amenities of a large station in its incomparable natural environment. The resort has previously hosted a number of different World Championships with the next being the IPC Alpine Skiing World Championships from 17 to 28 February 2013.

La Molina with the assistance of Johan Cruyff Foundation is undertaking a project of sports and activities aimed at people with an impairment.

Visitors can get to La Molina by car, train or coaches from Barcelona or Girona airport. Both airports are around two hours drive away.

There is a train from Barcelona to Puigcerda which stops at La Molina station, just 15 mins before Puigcerda.

Moli and Lina, are La Molina’s mascots. They are two Pyrenean chamois, the typical animal of the territory. The chamois animals live in high mountains and have the ability to move with absolute ease through glaciers, rocky, cliffs and shelves, same as the skiers when seeking the best snow at La Molina.