Mandeville is one half of the mascot team Wenlock & Mandeville that were created for the London 2012 Olympic and Paralympic Games. Formed from the last steel girder of the Olympic Stadium and made of polished steel to reflect the appearances and personalities of people they meet, their eyes are cameras and the yellow lights on their foreheads are reminiscent of a London Taxi. 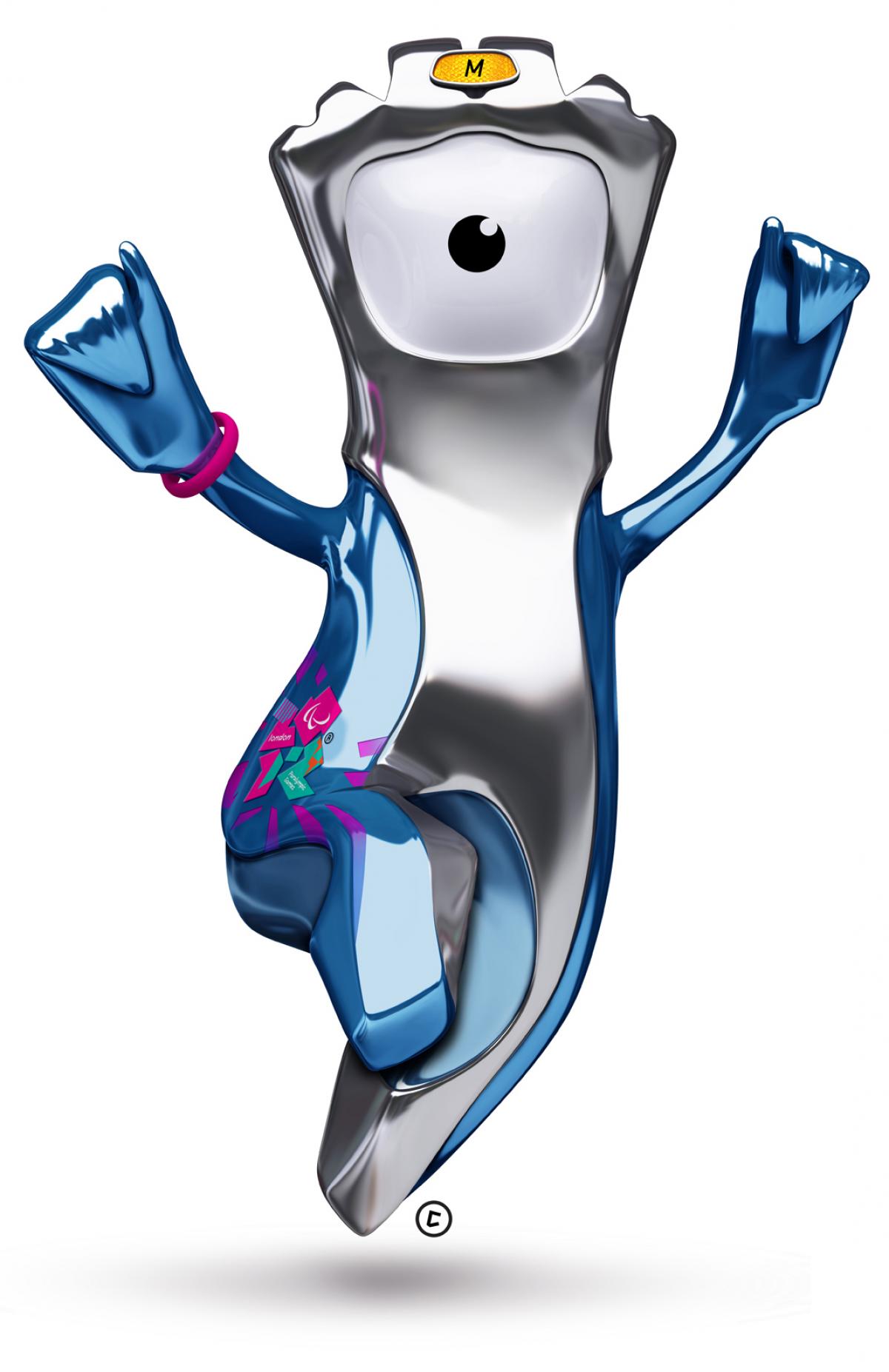 Named after the Stoke Mandeville Hospital, Mandeville was the mascot of the London 2012 Paralympic Games.
ⒸIPC