The African Championships were the second regional event in 2019 to offer qualifying spots for next year’s Paralympics, which saw Egypt clinch wins in eight of the 14 events.

Mohamed Samed Eid Saleh's hard-won gold medal against Nigeria’s Isau Ogunkunle in the men's class 4 category earned him a spot on the national squad in what could be his fifth Paralympic Games.

“I must admit that it was a difficult route for me this year,” Eid Saleh said.

“My opponent is a good player and I think he is still young and can still make it to the Paralympic Games. Generally, this has been the toughest qualification for me and I am so happy that I will become the first African Para table tennis player to compete in five Paralympic Games.”

There were surprises as well.

In the men's class 6 event, played in a round robin format, Egyptian top seed Ibrahim Hamadtou had to settle for fourth position, with teammate Mahmoud Abdelmagid winning the group.

There was further upset in the women's class 2-5 tournament.

Four-time African champion Chinenye Obiora was stunned by Egypt's Faiza Mahmoud in the final. In beating the Nigerian, who was favourite to win, three-time Paralympian Mahmoud secured another slot for her nation at Tokyo 2020.

The Nigerian team, however, were able to secure five gold medals, including Commonwealth Games silver medallist Faith Obazuaye's win in the women's class 9-10 event, in a group populated by Egyptian players.

In the men's events, Ahmed Owolabi Koleosho won the men's class 3, beating Egypt's Khaled Ramadan Ibrahim in the round robin stage and then again in the final.

Tunisia’s Karim Gharsallah, competing in the men's class 11 event, was the sole medal winner outside of the Egyptian and Nigerian teams.

In the men's team events, Nigeria claimed two of the three gold medals on offer, with the Egyptian combination of Ahmed Sayed Moahmed, Abousteit Abdelmoneim and Ahmed Abouzeid winning the 6-8 category against Nigeria and Algeria.

As part of the class 1-5 team, Nigeria's Isau Ogunkunle was able to soften his loss in the men's singles class 4 tournament with a win against the Egyptian team of Mohamed Samed Eid Saleh, Hassan Tolba and Ehab Fetir.

Complete results from the African Para Championships are available on the ITTF’s website.

The next Paralympic Games regional qualifying event will be held in Taichung, China, for the 2019 Asian Para Championships from 23-27 August. 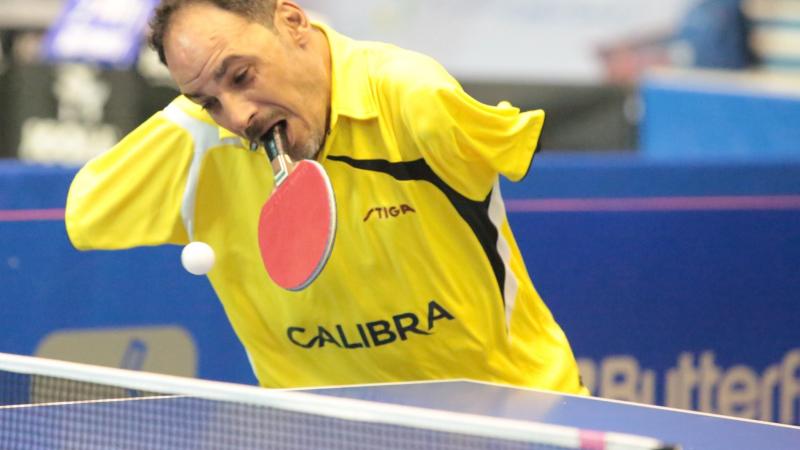 Table Tennis
African titles on the table in Alexandria
Imagen