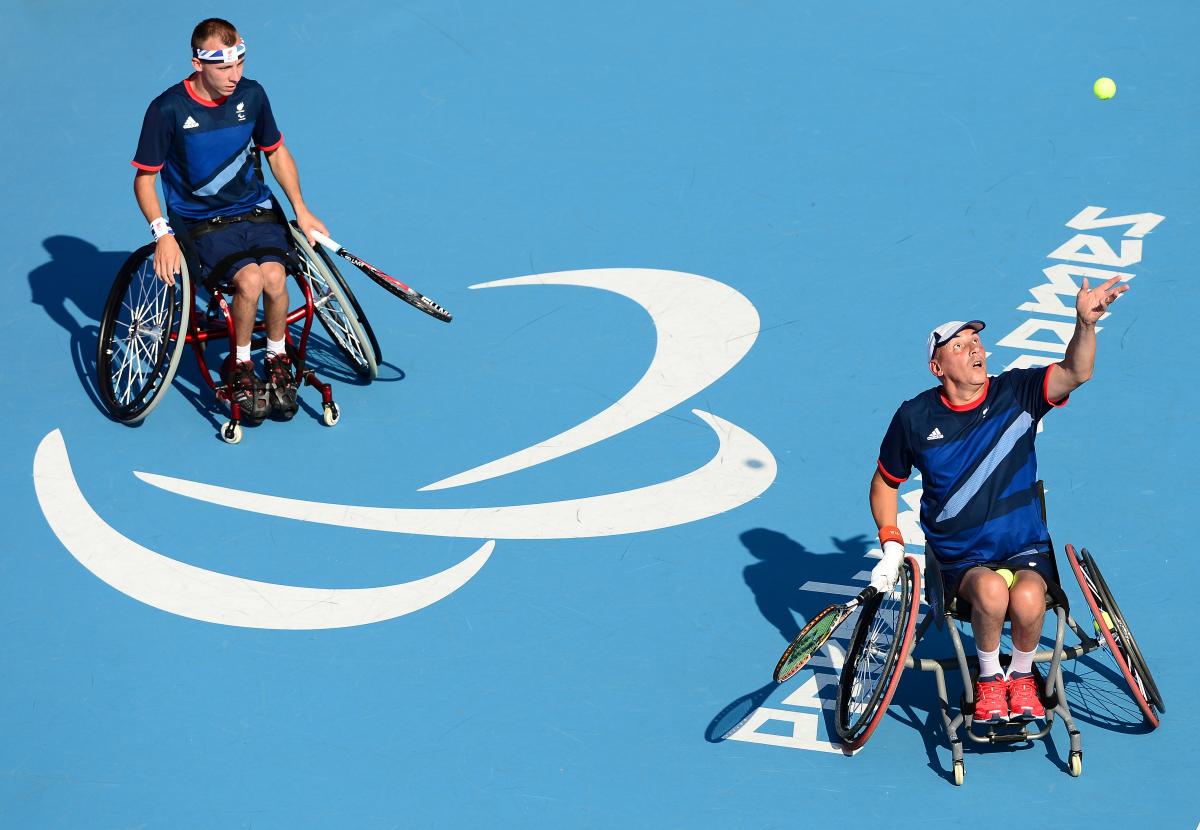 “Given that we're the defending champions everyone wants to get us and we're not going down without a fight."

Two-time champions Taylor and Wagner are just one match away from defending their gold medal having come through a tightly contested semi-final on Centre Court against Israeli duo Noam Gershony and Shraga Weinberg 6-3 7-6.

Norfolk and Lapthorne were victorious with a 6-2 6-2 triumph in their semi-final against Japanese pairing Shota Kawano and Mitsuteru Moroishi.

The American duo is determined to retain the gold according to Wagner.

“Given that we're the defending champions everyone wants to get us and we're not going down without a fight,” Wagner said.

In the last 16 of the women’s singles contest, there were no major upsets as all four of the Netherlands players comfortably progressed into the quarter-finals.

“In the back of my head I'm playing for a gold medal,” she said. “I trained for this match and I'm prepared for the next.”

Also in the women’s matches, Sabine Ellerbrock recorded a victory against the Republic of Korea’s Ju-Youn Park, Great Britain’s Lucy Shuker beat Emmy Kaiser of the USA, and Yui Kamiji was victorious against Annick Sevenans of Belgium.

In the men’s doubles, reigning Paralympic champions Stephane Houdet and Michael Jeremiasz of France met expectations with a comprehensive victory over the Great British pair of Alex Jewitt and David Phillipson.

Medal contenders Ronald Vink and Robin Ammerlaan of the Netherlands qualified for the quarter-finals with a win over Brazil’s Mauricio Pomme and Carlos Santos.

The Netherlands’ other pair of Maikel Scheffers and Tom Egberink were also victorious, due to a win over the Republic of Korea’s Sang-Ho Oh and Ha-Gel Lee.

Other matches saw both Japanese pairings dominate in their contests against Australia and Thailand.

In addition, Sweden booked their quarter-final place with an impressive win over Spain.

In the women’s doubles competition, teams played hard to book their place in the quarter-finals.

Chile overcame South American rivals Colombia in a tight contest, as Thailand won in two sets against the Australian pair.

Elsewhere, the USA crashed out of the competition to Germany, and Spain were beaten in straight sets against an impressive Republic of Korea side.