The Filipino is looking to win the PT2 class at the upcoming Para-Triathlon Asian Championships. 23 Apr 2014
Imagen 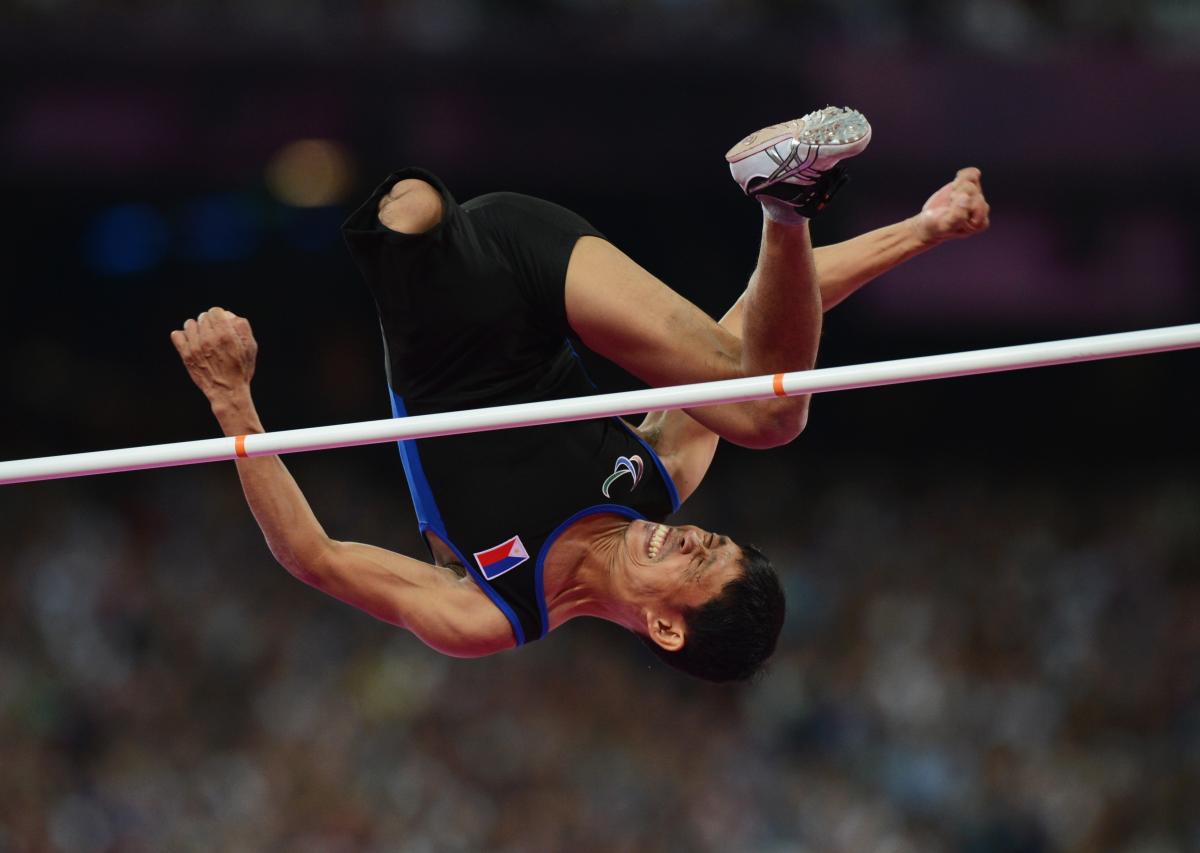 Andy Avellana of the Philippines competes in the men's high jump F42 on Day 5 of the London 2012 Paralympic Games.

In previous years, Filipino para-triathletes have competed as a relay team. With the announcement of the sport to be included at Rio 2016, the team will now focus on training its athletes as individual members, said coach Vince Garcia.

Andy Avellana made history last year by being the first athlete from the Philippines to win a gold medal in a para-triathlon international race, a big step for the country in a young sport.

Avellana hopes to keep the streak on Saturday (26 April) as the ITU World Para-Triathlon Series comes to Subic Bay for the ASTC Para-Triathlon Asian Championships.

The Philippines’ para-triathlon team are currently revamping their programme in order to get a shot at going to the Rio 2016 Paralympic Games.

In previous years, Filipino para-triathletes have competed as a relay team. With the announcement of the sport to be included at Rio 2016, the team will now focus on training its athletes as individual members, said coach Vince Garcia.

Avellana, who also works as a watch repairman, is among three Filipino athletes that will compete this weekend in the men’s PT2 class. He began participating in para-triathlon in 2012, only six months prior to the 2013 race at Subic Bay. In 2013, Avellana also won his classification race and became the first Filipino athlete to win gold in para-triathlon.

Before his injury in which he lost his left leg, Avellana aspired to be a boxer. Wanting to continue participating in athletics, Avellana got involved in high jump. Since high jump competitions occur only every two years, the 38-year-old decided to get involved with para-triathlon.

“I also think that in triathlon I can really gauge how strong I am and how strong I can be regardless of my age,” Avellana said.

At first, swimming was the biggest challenge for Avellana, who said it was like a washing machine with so many swimmers at one time.

“I (got) kicked, slapped and bumped all over so it was hard to get my composure and focus back, but I got used to it right away and did not affect me anymore on succeeding races,” he said.

Apart from defending his gold, Avellana said that he hopes to compete in more races this year, whether it’s around the world or in Asia.

“We would like to get into the ITU ranking system so we can gauge whether our goal for Rio in 2016 is really possible,” said Avellana.

Teammate Godfrey Taberna will also compete in the PT2 class on Saturday.

Among the compelling races at Subic Bay could be the PT4 class. Sixto Ducay, from the Philippines, will face off against Nobuyuki Domon, Toshio Furuhata, and Miho Hamada from Japan, as well as Jun Ha Lee of South Korea.

In last year’s race, Ducay fell just short of a comeback to win the race after falling behind in his swim. Since then, Ducay has improved on his swimming skills, said Garcia.