The Australian delegation took all of the team gold medals available on the final day of the 2013 ITTF Oceania Para-Table Tennis Championships. 15 Nov 2013
Imagen 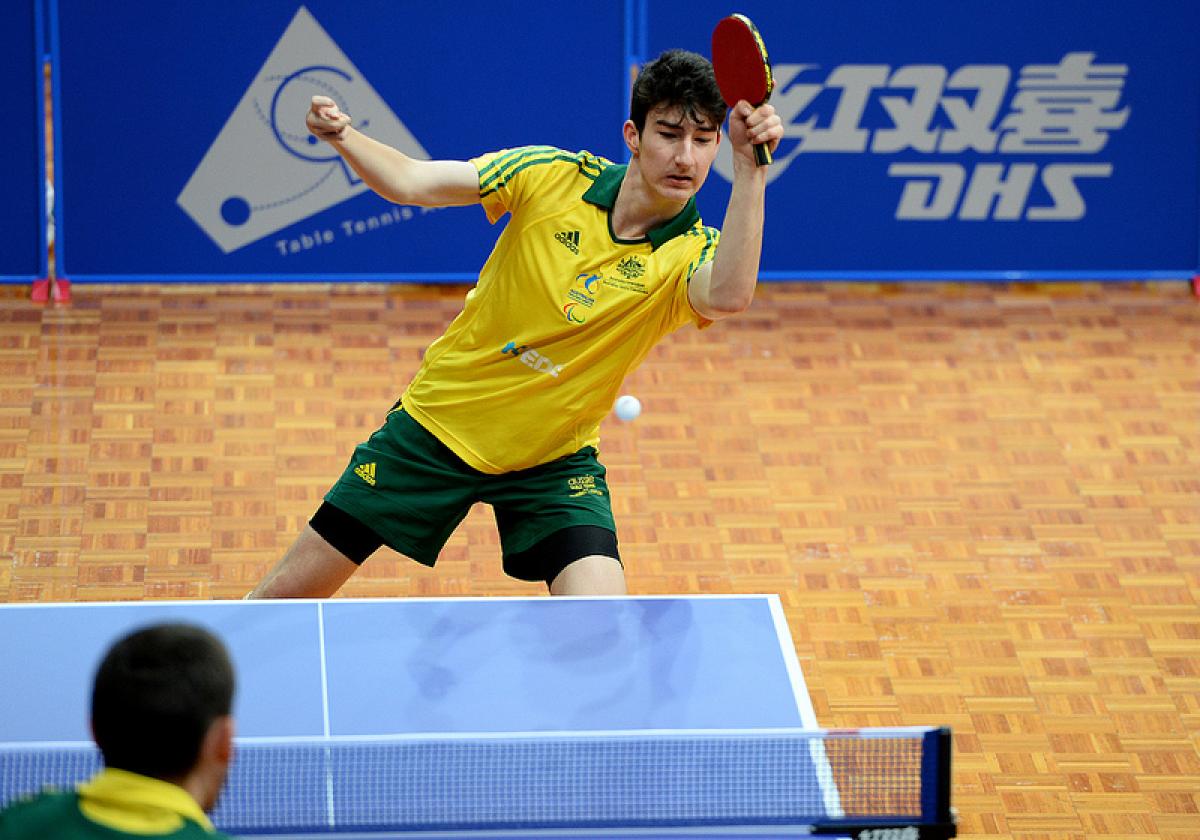 “Generally speaking, we got the results we were expecting and I think this tournament augurs well for what lies ahead.”

Australia clinched all three gold medals on offer on the final day of the 2013 ITTF Oceania Para-Table Tennis Championships on Friday (15 November) in Canberra, Australia.

Team finals were contested in a round-robin format across three combined impairment classifications at the Australian Institute of Sport’s main arena, with players from the host nation dominating.

Mark Harris and James Kwon emerged victorious in Class 2-5 action, while Trevor Hirth, Nathan Pellissier and Kylie Loveless remained undefeated to win gold in Class 6-8. In Class 9-11, Rory Carroll and Sam Von Einem did not drop a single game during their three matches to claim top spot on the medal podium.

“I’m ecstatic with the way our athletes have performed this week,” Massie said.

“Generally speaking, we got the results we were expecting and I think this tournament augurs well for what lies ahead.”

There was also some joy for the international contingent with New Caledonia’s Avelino Monteiro and New Zealand’s Ayush Bhatnagar combining to claim the silver medal in Class 6-8 event.

Massie said the international duo pushed his Australian players all the way, which was a strong sign for the Oceania region.

“New Zealand won gold in the singles and earlier in the week and the international teams pushed Australia for medals in the teams event, and that level of competition can only mean good things,” Massie said.

“I have no doubt that the visiting nations will now go home and build on what they have learned here. We want to grow the game in the region and I think these Championships have helped enormously. The other Oceania nations will come back bigger and stronger next time which is exactly what we want.”

Click here to view full results from the tournament.