Mexico’s judoka looks ahead to the Rio 2016 Paralympic Games with optimism, hoping for gold once again. 07 Apr 2016
Imagen 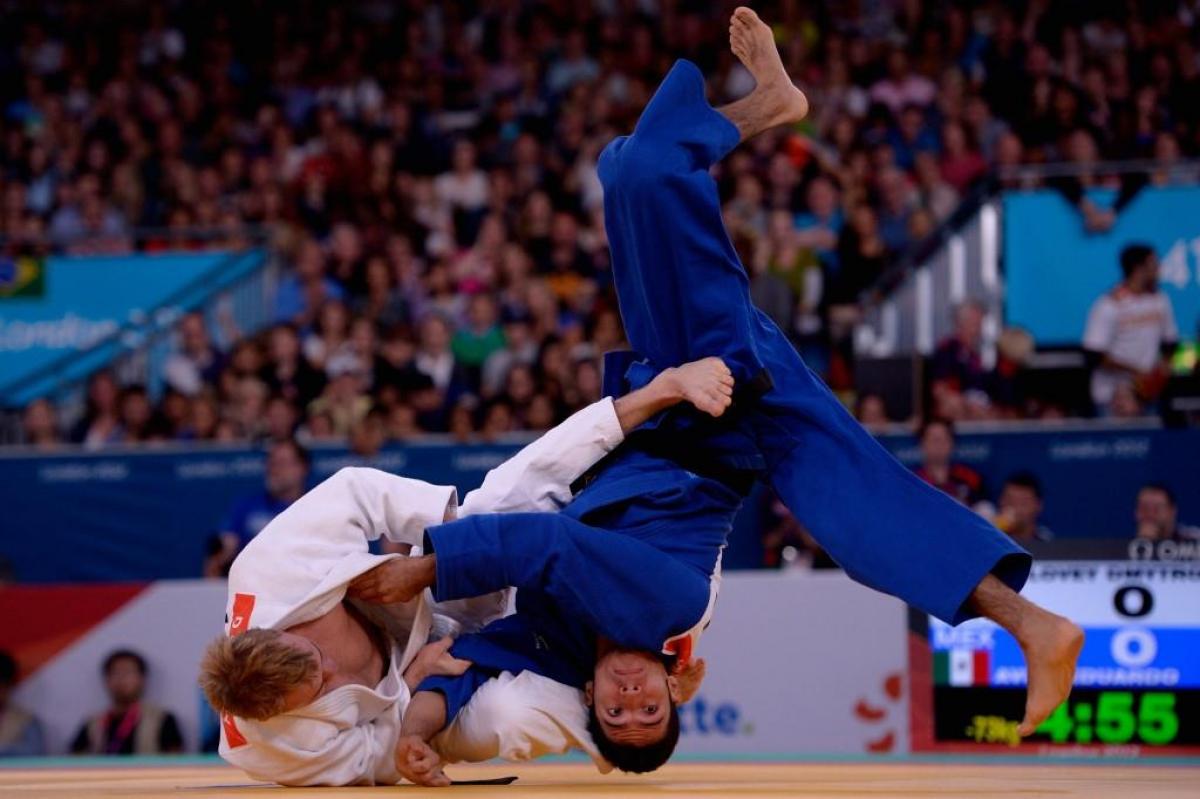 Eduardo Avila Sanchez of Mexico and Dmytro Solovey of Ukraine compete in the Men's 73kg Judo Semifinals at the London 2012 Paralympic Games.

“It is a big commitment the one I have with my country and the Mexican people. I want to win, to climb onto the podium again.”

After winning gold eight years ago in Beijing, China, as a sprightly 21-year-old, Mexico’s Eduardo Avila Sanchez is aiming to win his second Paralympic judo title this September at Rio 2016.

“Winning the gold medal at Beijing 2008 was one of the most beautiful and emotional moments of my sporting career,” said Avila Sanchez. “I have not felt such joy since then, but I am very much confident I will in Rio.

“That is my dream. It is up to me to listen to the Mexican national anthem again and see the national flag in first place. It was a wonderful experience I am willing to repeat.”

“The better they are, the more motivated I am,” said Avila Sanchez, who hopes not to make the same mistakes that cost him his chance of London 2012 gold.

“I was winning with just 12 seconds remaining till the end. But I lost,” said the Mexican of his semi-final loss to Ukraine’s Dmytro Solovey. “However, looking at the positive side, I have learned from my mistakes. I know now that I cannot relax until the fight is already over.”

The 29-year-old judoka is following a hard training plan with his father and coach Hilario Avila ahead of Rio 2016. “I practice every day, both physical and sporting training,” he said.

Not everything is judo in Avila Sanchez’s life, though. “I like reading during my free time, especially books about the history of Mexico.”

But his time off from judo is short and his focus soon returns to his main objective for 2016.

“It is a big commitment the one I have with my country and the Mexican people. I want to win, to climb onto the podium again.”